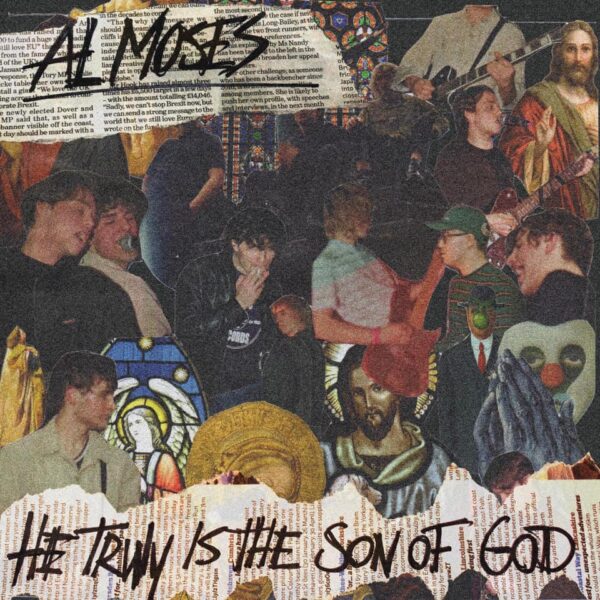 Al Moses release new single ‘He Truly is The Son of God’, an ode to independent venues and to the true spirit of rock’n’roll.

Sometimes I wish it still was 2003 or 2007. Mostly because Camden Town hadn’t sold its soul to tourists yet, because I could walk into a WH Smith to buy a print copy of the NME to consult gig listings, and also because I still have two pairs of denim skinnies in my closet which I’m too attached to to sell on Depop, but that I’d be too embarrassed to wear now. I’d also wish it still was 2003 or 2007 because walking out of WH Smith, Al Moses would be on the cover of the NME with their new single ‘He Truly is The Son of God’.

In less than three-minutes of ecstatic, tight indie rock Al Moses deliver a masterclass in punk writing. Let’s be honest, at BIMM where shrines with Arctic Monkeys votive images are kept and 2007 is considered to be the most relevant year in music history, nobody would do as well as Al Moses did.

Released on Big Indie Records, ‘He Truly is The Son of God’ is a heart-felt, romantic ode to local independent venues, pivotal community places of musical and personal growth that face the increasing threat of gentrification. It’s a song about a generation who have watched the last rock stars rot away, left worshipping the grassroots heroes who play local venues every weekend.

The Welsh outfit explain: “The song was written when we were 18 and having the time of our lives, getting pissed at gigs in Cardiff. It acts as a reminder of the importance of our small and beloved music venues, especially those on Womanby Street where we grew up watching bands in Wales.”

Produced by Buzzard Buzzard Buzzard frontman Thom Rees, ‘He Truly is The Song of God’ is an all-Welsh affair which benefits of Buzzard’s glam touch although remaining faithful to Al Moses’ infectious indie-rock riffs and punk catchiness.