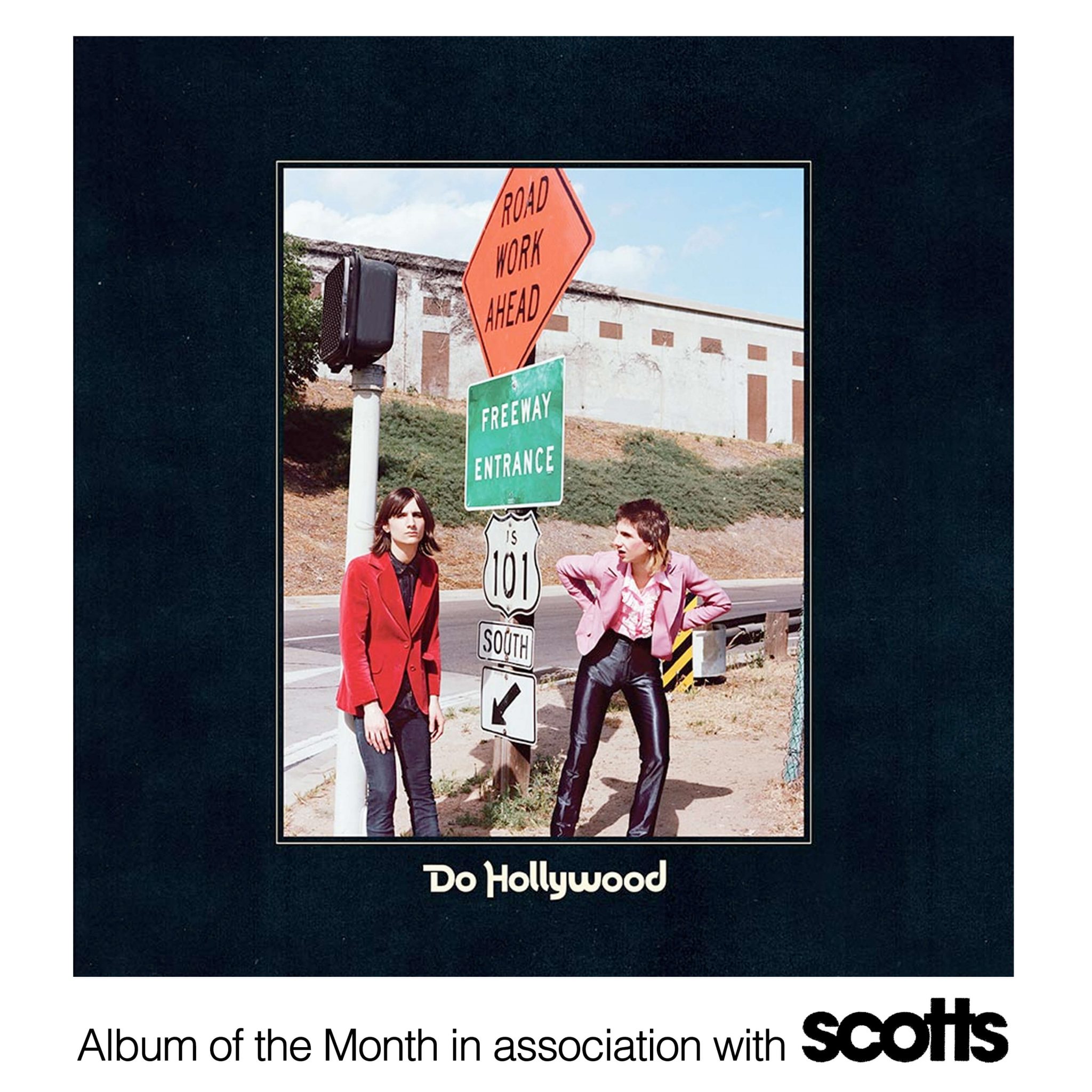 If you’ve walked down Shoreditch’s Commercial Street in the last week, you’ll have come across a new addition. A huge billboard, featuring two powdered and preening faces, dressed like the bastard children of a regency-aristocrat and some forgotten, 70s heartthrob. They’re The Lemon Twigs, and this is their debut album.

Two years in the making, ‘Do Hollywood’ is a staggering record. A rolling psychedelic romp recorded with the help of Foxygen’s Jonathan Rado, it channels Nixon-era power-pop with such uncanny accuracy that, at times, the effect is unsettling. Whether borrowing the marching-band aesthetic of Sgt. Pepper or the tongue in cheek psychedelia of  ‘Sell Out’ era ‘Who, there’s never the sense that The Lemon Twigs have bitten off more than they can chew. This isn’t parody so much as possession, and a lot of the credit for that has to go to Rado. His production has given a pop-potency to what otherwise might have seemed self-indulgent experimentation or, worse still, musical theatre.

Rado’s talent for channelling the sounds of the ‘60s and ‘70s isn’t what gives the record its edge though. That comes courtesy of the catty, and at times violent, relationship between the D’Addario brothers, a dynamic that lends the record some of its most transcendent moments. The duelling vocal harmonies of  ‘As Long as We’re Together’, the courtly outro to ‘Frank’ and the back and forth of ‘A Great Snake’ are testament the competitive tension between the duo. The record doesn’t fall into easy grooves because Michael and Bryan can’t resist baiting each other – whether that’s throwing a slow, pastoral break into a power-pop jam or tearing apart a twee love-song with thirty seconds of baroque opulence.

From start to close, ‘Do Hollywood’ displays an attention to cadence and composition that few recent debuts have matched. At times almost pompous in its range, it’s a record that promises huge things and delivers. The Shoreditch billboard – a show of arrogance that would have been absurd had they failed – is a cheque that ‘Do Hollywood’ cashes in full.

‘Do Hollywood’ is Out Now and you can purchase it physically here.