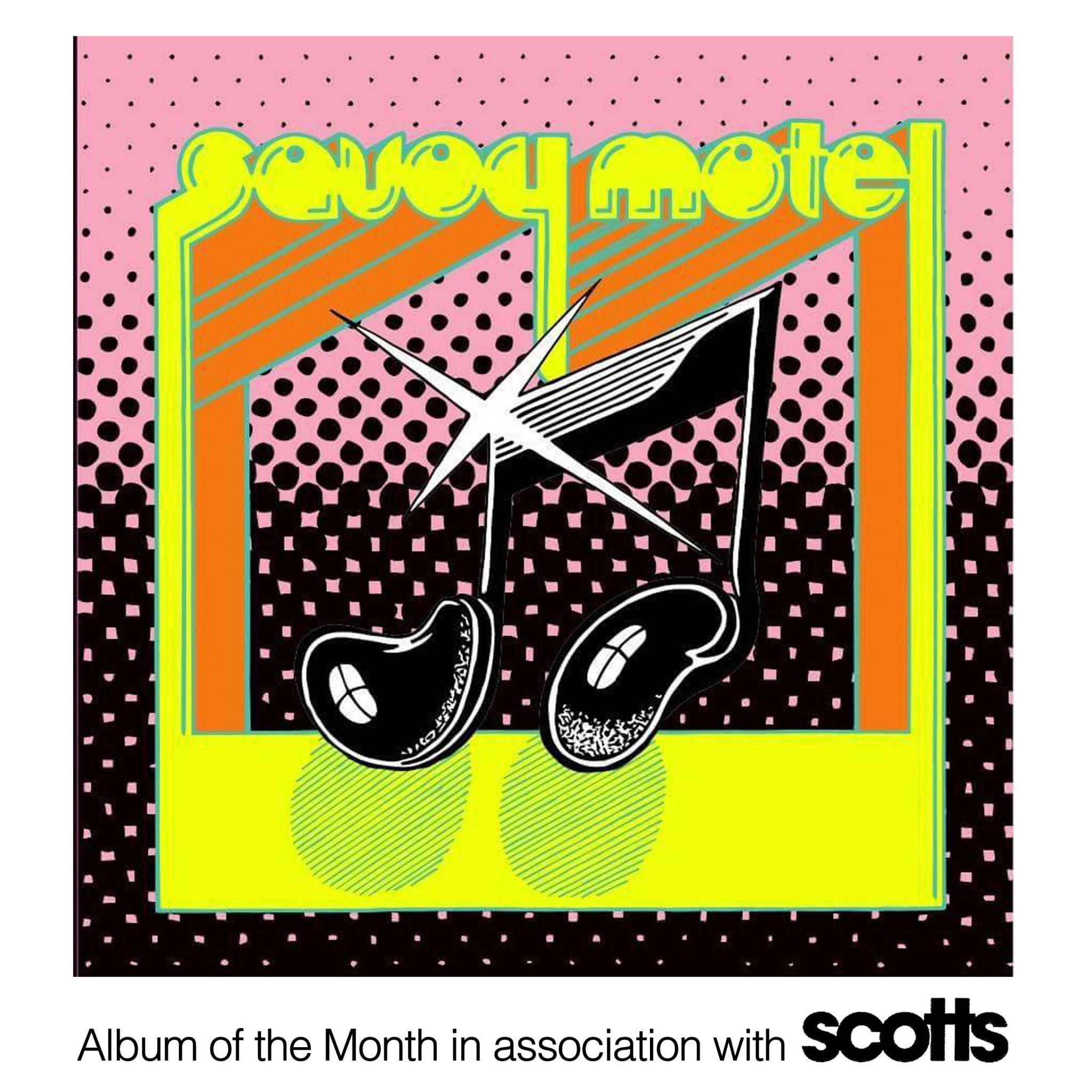 Savoy Motel scrapped nearly three albums worth of material before bringing together the collection we see now: a testament to the nuanced finesse of the eventual self-titled debut from the Nashville, Tennessee based quartet. In terms of songwriting, Savoy Motel are predominately spearheaded by bassist/vocalist Jeffrey Novak, though when performed on the album in the band format, the dichotomy of the two female/two male setup finds meticulous and sultry balance, notably in the vocal arrangements.

Stylistically, the Tennessee 4-piece’s debut for NYC label What’s Your Rupture? is some parts revival, some parts progression, in that it takes its references points from various classic sources such as 1970s Glam, Funk, Disco, Psyche, and Jam-based Rock; finding ways to extrapolate and combine aspects of celebrated sounds to create something that feels as though its moving forward – while seemingly glaring over any reference points from the late 80s onwards.

‘Savoy Motel’ transports the listener’s imagination to a lost era of reckless abandon and presents a sound imbued with an ecstatic sense of freedom. The album burns with energy, all grooving bass-lines and duelling guitar riffs. Stand-out track ‘Sorry People’ emits a mood that harkens to a 70s summer night a la Richard Linklater’s Dazed and Confused.

The band have described their own sound as “Southern Rock with a little Funk mixed in” and they certainly possess some of the scorching guitar spirit of the late Nashville guitarist Duane Allman on their debut. In many senses, the album is steeped in a Nashville music tradition, and successfully contributes to the continuing legacy of a city with such a profound musical heritage.

‘Savoy Motel’ is out now and you can listen below.