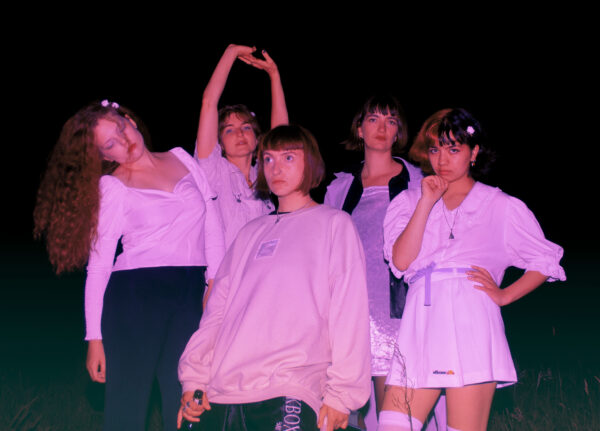 One of the rising talents of the lively Amsterdam scene that has previously spawned the likes of Personal Trainer, Pip Blom and Global Charming, DIY punk quintet The Klittens up their game with new single ‘Canned Air’.

There’s always been a nonchalance to The Klittens’ music, a sense that these five have decided that it doesn’t really matter if you may not be the most skilled instrumentalist as long as you write the coolest songs on the block. And while that devil may care attitude is definitely still present in new offering ‘Canned Air’, it also seems as if there’s a newfound ambition to the track, which was recorded with producer Remko Schouten (Stephen Malkmus & The Jicks, Canshaker Pi). There’s even an equally gorgeous and stirring music video shot by Personal Trainer’s, Kilian Kayser, in which the band members put a knife into a beating heart, for God’s sake!

Musically, the intro is quite minimalistic, but near the minute-mark, ‘Canned Air’ truly opens up: the rhythm section is a bit tighter than before, the bass melody is brilliant and vocally, ‘Canned Air’ is among the best indifferently sensitive indie songs we’ve heard all year. And did we mention that fuzzy climax yet?

“The song builds up around a single note and gets more and more dramatic as the song progresses”, songwriter Winnie Conradi explains. “The vocals fight for a moment in the spotlight and find togetherness in the choir, only to get distorted by a raw and loud break. In a way it follows some kind of 6-stage plot structure, as it ends in completion; an aftermath.”