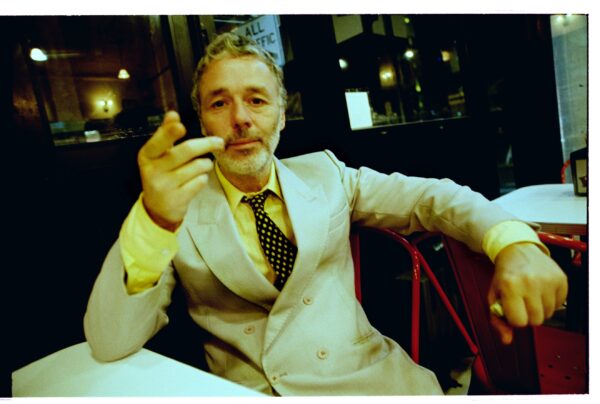 The Sausage Man returns, but he’s no longer the pissed off salamander, gone is the prince regent of modern hedonism, feeding off your displeasure.

This is the Milky Bar Kid, the duke of slimy little gits and vomit-stained back streets – this is Slumlord.

Baxter Dury’s world has always been vivid and distressing in its realism – the romantic poet of sleaze and unsettling poignancy, always held with an unshakeable grit and a chin of solid steel, sneering back at you. Yet with ‘Slumlord’, the first track from new album ‘Night Chancers’, you feel that Dury has put more of himself into the narrative than before, while still weaving an exaggerated and pertinent tale.

Dury is exasperated, openly fallible as he wretches and wails amongst a slinky, discerning arrangement. He’s bleary eyed and hanging onto the last drippings of pleasure as emptiness surrounds him, still biting and snarling at passers by that have the courage to not look away.

As the come down encompasses you, the Slumlord arrives, ready to embed your headache for that little longer.