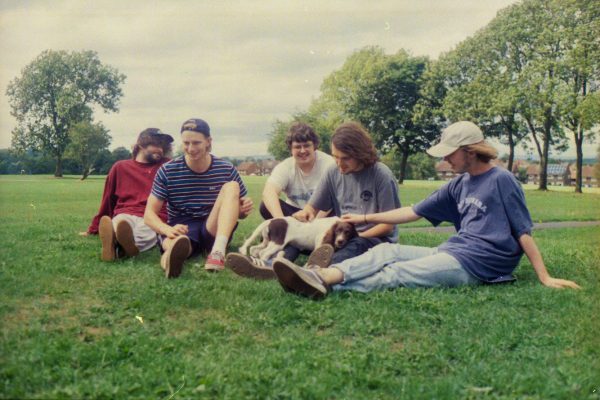 bdrmm are a woozy Hull based five piece, and they’re streaming their new single ‘C.U.’ via all your favourite services from today. ‘C.U.’ (produced by Alex Greaves who has worked with the likes of Bo Ningen and The Orielles) is the sweetest shoegaze, starting off with melancholic indie charm, it drones until it lifts up when the sparse vocals kick in. With more instrumentation fuzzing out the grunge laden end, ‘C.U.’ entices with charming emotion.

About the single frontman Ryan Smith says, “I wrote ‘C.U.’ during a pretty ‘eventful’ time in my life, a lot of feelings hurt, vivid anxiety and things lost, this track has been a long time coming. This is an ode to 2017”. BDRMM are ones to watch in the indie scene, having played shows across the country with the likes of Trudy & The Romance and Her’s, as well as slots at Tramlines festival.

‘C.U.’ Is out now via Permanent Creeps.