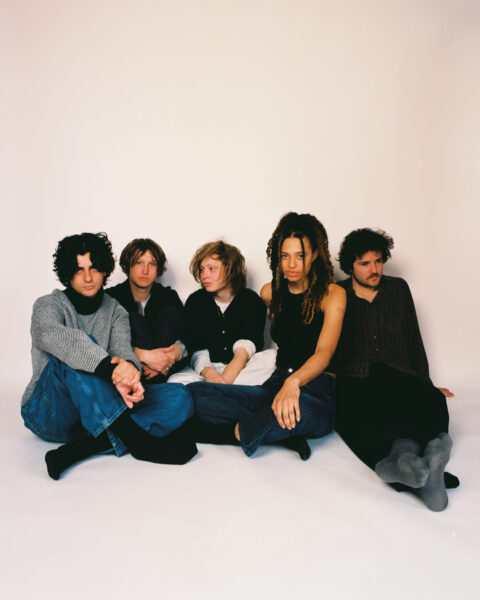 New York City: home to the dreamer, offering the beauties and mysteries of the world, all densely compacted into the tight confines of one city. So, is it everything that it’s made out to be? New York five-piece, Been Stellar, arrive well versed in the city’s imperfect materiality. Expressing their built-up frustrations in their latest single, ‘Manhattan Youth’, ahead of their self-titled debut EP.

Whistling wails of feedback scream out from seedy back alleys and the darkened depths of the city’s most hidden corners, bringing about the opening of this rupturing release. Rattling your room as you lay awake, the chugging mechanical rhythms roll around, riding along the overground subway tracks from above. Peeling back layers of polished clichés reveal the harsh touch of reality that endures. When growing up in this concrete metropolis, an everlasting war begins to take over, a battle between innocence and disheartening cynicism.

Rushing basslines weave in and out of the city’s industrious, self-serving pavements, yet, dancing guitars and ‘Manhattan Youth’s
indie-rock tonality holds on tightly to dear memories. The fleeting glimpses of a youth slip through fingertips at an accelerating rate, but until every grain has fallen through there appears to be hope.

Delving into the meaning behind the song, the band say that, “When living in a place like New York, one is subjected to disturbing, saddening, and gruesome scenes regularly. This reality is especially true for children growing up in the city. ‘Manhattan Youth’ ponders the ways in which the city shapes a child’s worldview. In many ways, this song is a reaction to the typical ode to romantic New York.”

Acutely aware of the music scene and history that surrounds them, echoes of Sonic Youth, The Velvet Underground and even the shoegazing melodies of My Bloody Valentine can be heard within.