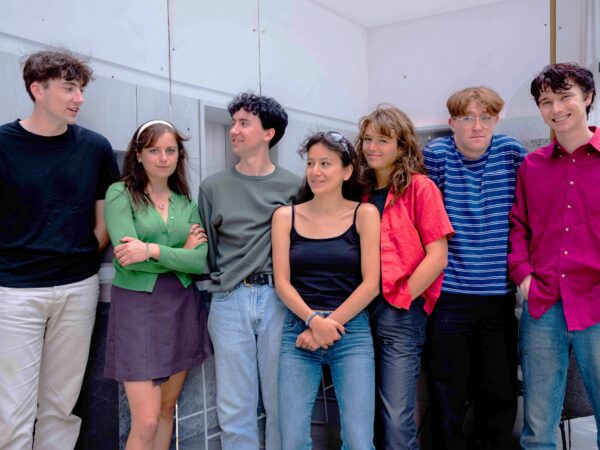 Today we see the return of art-rock orchestra, Black Country, New Road along with news of their much anticipated debut album ‘For the first time’.

The dawn of the latest offering, ‘Science Fair’ is that of a rhythmic and minimal affair, somewhat prognostic of Black Country, New Road’s anxiety inducing sonic-soundscapes. The build of the new single creeps to continuous highs of heart-palpitating tension, with Isaac Wood’s narrated tone reminiscent of a possessed Nick Cave as the sax drip feeds in to allow for an eventual hell-bound rollercoaster. You can’t do anything, but a petrified, adrenaline-filled steep descent is on the horizon.

Shamanic yet jarring, ‘Science Fair’ slowly builds to where eventually, the seven-headed hydra that is Black Country, New Road spew a frenetic, fireball of their caustic, maniacal post-punk meets acid-jazz cacophony that makes the young outfit stand alongside the very best.  Capturing the essence of their live show, ‘Science Fair’ is a violent affair of glorious noise-rock.

To coincide with the news of the release of their debut LP, Black Country, New Road have announced a socially distanced London residency playing Islington Assembly Hall, London, on 20th & 21st November. ‘For the first time’ is out 05/02/21 via Ninja Tune.

The brand new issue of So Young is out now with Goat Girl on the cover. It’s sold out in print but you can read the digital edition below.