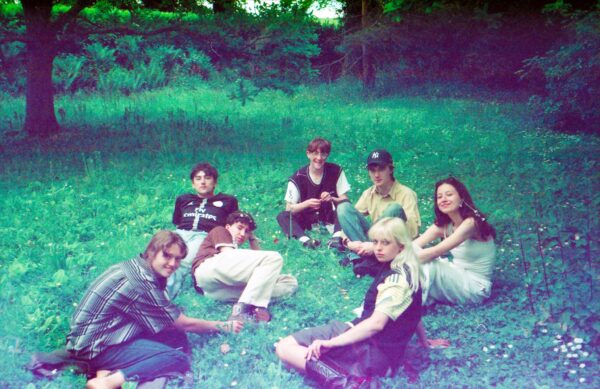 Art-rock seven-piece Black Country, New Road have detailed their brand new single “Sunglasses”. The track – which is to be released on the Thurston Moore-affiliated independent label, Blank Editions – sees 500 copies of the single will being pressed to 7”,  each copy a unique product, with different images on each taken by frontman and guitarist Isaac Wood.

“Sunglasses” carries the same tone as predecessor “Athens, France” in that it’s not something you can understand with one listen, but with Wood monologuing scatterings of poetic gold over the bands Avant-garde orchestra and each word evoking something new from the last with the subject matter darting from seemingly introspective narration to discussions of Scott Walker, British engineering, Danish crime dramas, Nutribullet, Kanye and more you’ll begin to comprehend what BCNR stand for.

The introduction of trumpets only further highlights the songs eerie transcendence that wouldn’t be out of place in a Shakespearian piece taking place in a Greek amphitheatre. Wood could play both the Joker and the Soothsayer and you wouldn’t be able to notice the difference; as the vocals are one minute full of soul exposing emotion before returning to a detached monotone that only numbness could achieve.

With debut single “Athens, France” selling out of its pressing on Speedy Wunderground in a matter of days and they features in The Guardian’s tips for 2019 among other early accolades, BCNR are on the way to becoming one of the most exciting bands that you know absolutely nothing about and they wouldn’t have it any other way.