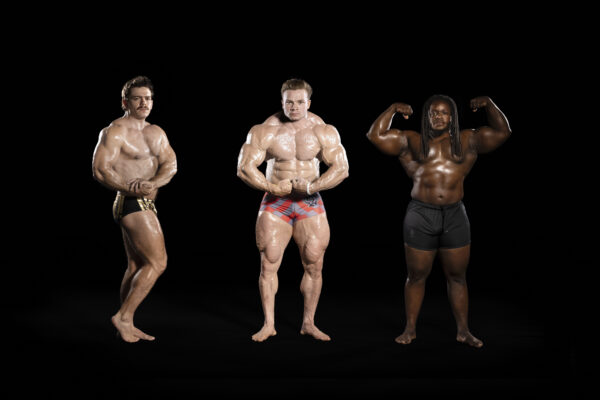 Try as hard as you want; there’s no stopping black midi. Any method of dismissal you might have for their chaotic antics, they’ve always got a retort up their sleeves. However you frame it, there’s simply too much on offer to overlook their talent, and new single ‘Welcome to Hell’ is another exquisite example of why they’re not to be messed with.

The first taste of upcoming third record Hellfire is standard Black Midi fare; which is to say it presents the listener with a rapidly unravelling song that eschews convention, and becomes more unhinged as it progresses. From the outset, the group have never been ones to shy away from unpredictability, but ‘Welcome to Hell’ showcases just how much they’ve evolved into one of the most consistently confounding acts around today. Beginning with a knotty-rock-riff, that soon weaves its way into cacophonous orchestral crescendos, and segments of what could reasonably be described as prog-polka speed metal, this is black midi at their freewheeling best. Unbound by genre and unbothered by pressure to ‘fit in’, it’s best to take this in as its own thing – unfiltered madness.

Perhaps the most stark evolution displayed in the track is the development of Geordie Greep’s lyrics; which have grown since the days of Schlagenheim from Dadaist nonsense, to more vivid and disturbing imagery. ‘Welcome to Hell’ is literally a guided tour through a museum of human depravity, seemingly exploring the worst aspects of the alpha-male psyche and distorting them until they reach abyssal levels of darkness. His role as the narrator is not to hold your hand through the journey, but to blast the scenes of violence directly at you with no choice to ignore it.

It’s fitting that they would take such a bold presentation of the themes surrounding their forthcoming record – not only can we no longer ignore the ugliness of the world we’ve created as it descends closer to a living hell, but you’d be hard pressed to carry on ignoring black midi. This is truly special.