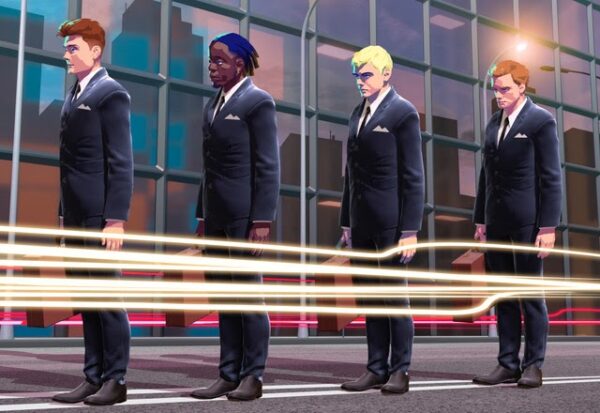 No one really knew what to expect with ‘Schlagenheim’.

All you could really anticipate was that Black Midi, for all the adoration and anticipation that they received for said record, were going to do whatever the hell they really wanted to when they did it. The fact that people actually took to it, embraced it and fawned over it with inexplicable detail just showed that actually doing that worked out well for them, whether they wanted it to or not.

So as they share ‘Sweater’, an eleven-minute final cut from the sessions with Dan Carey that became the album, it reminds us that, regardless of outsider expectation or appreciation, the group are doing something inexplicably for themselves, and thriving in doing so.

The band are undoubtably the purveyors of the suspenseful build-up, the oscillating chug that wanders amongst them becoming thicker and more ominous as they suddenly traipse into a cataclysmic stroke without warning seven minutes in. ‘Sweater’ whirs and floats through the precipitation, cutting and re-shaping the space as sudden caustic spasms of guitar and culpable patters of drum stealthily engage themselves without prior notice. Indistinguishable wails embed themselves within the atmosphere, embodying the notion of the human voice being another instrument they can mould and distort with ease.