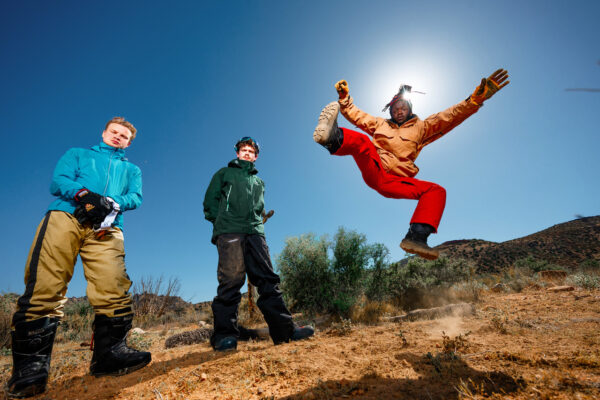 Following on from their explosive, hyperreal, and heavily simulated first single ‘Welcome to Hell’, ‘Eat Men Eat’ is yet another expressive but entirely different vignette which reintroduces Cameron Picton’s dystopian and murderous mining corporation introduced to us in ‘Diamond Stuff’ from midi’s previous album, ‘Cavalcade’.

‘Eat Men Eat’ sounds like flamenco music being played for Satan; at one-point Cameron even sounds exactly like Jarvis Cocker, which also throws me off somewhat… But this song couldn’t be further away from the subject of your sister’s bedroom, as Jarvis would have liked. So, what are this band talking about?

Well perhaps this is the beauty of black midi, and without saturating or resting too heavily on that cliché, a large part of why I will never miss a show or fail to listen to their records. Aside from the musicianship always being utterly faultless in its spasmodic delivery, black midi represent the autonomy to create innovative music which is neither self-conscious nor apologetic.

On the upcoming album, Picton says that ‘there’s a tender flipside to every song. The dark comes out strongly, there’s Hell and Satan and murder and unsavoury things, but every song has both light and dark.’ Whilst watching the grotesque events unfurl in the new video, it is difficult to identify this light which Cameron hints at. I suppose the murdering of the authoritative and supernatural captain by his lesser men might constitute light?? I’ll leave it up to you to decide.

So, what can we expect from the upcoming album? Lead singer and songwriter Geordie Greep notes that “If ‘Cavalcade’ was a drama, ‘Hellfire’ is like an epic action film.” However, and as always, no midi album ever follows an identifiable or tangible narrative – dealing rather with specific, esoteric themes which are diverse in character and content.

‘Eat Men Eat’ does not look to the past for solitude as many of us idealise it but highlights the convoluted history of mankind and the problems which we have, for centuries, tried to grapple with. A fantastic new single from a phenomenal band.