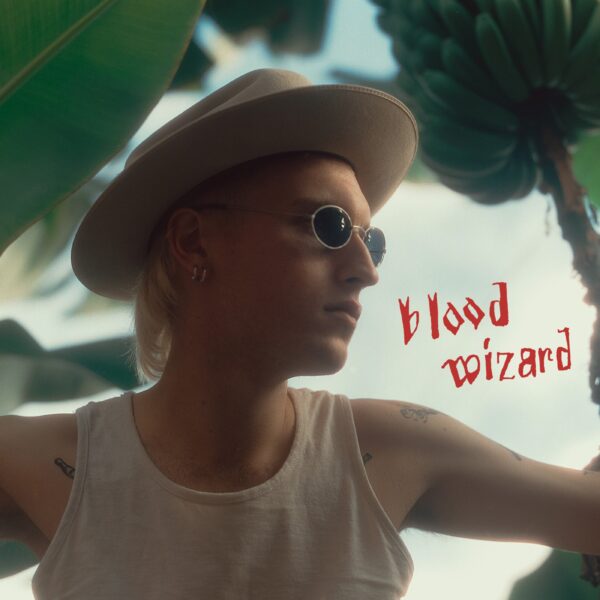 In a pre-pandemic world of Tenerife and blissful banana-field’s, ‘Carcrash’ dips between narrative influences like a Wes Anderson daydream born on ‘Rosemary Lane’- a moon-risen quick-whit in which Blood Wizard is the macabre-donned protagonist of self-exploratory pluck.

Roaming the coves of desire as a coming-of-age tinted alternative to a universally blindsided outlook on romance, ‘Carcrash’ channels “small arguments over long car journeys, and the many other weird ways in which love can express itself”.

Dreamily traversing sun-kissed melancholy like a Matt Correia portrait nestled inside a love-locket worn by a fanciful lone-ranger with highly aestheticised prospects, ‘Carcrash’ carries 2021 carat sentiment with timelessly etched craft and a solid band of folklore to suit.

Beauty may well be in the eye of the beholder but Blood Wizard damn well have a heart for observational attraction. ‘Carcrash’ is redemptive rock n roll for contemplative ‘Dust-Bunnies’, and thing’s don’t get much more white-vest and stylistically autonomic than when in the company of Blood Wizard.