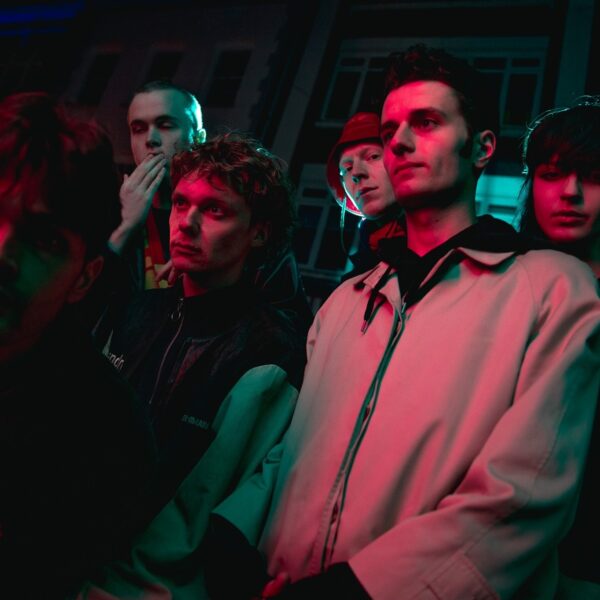 ‘Hailing from all quarters of England ranging from Suffolk, Devon all the way north to Scunthorpe before finding themselves in the cauldrons of South London, the Blue Bendy sextet have returned with their latest single ‘International’.

Lamenting the deliberating and impractical commute which is the antithesis of the free-living nomad, and instead living under the confines and shackles of the capitalistic prison that we’re each confided to – vocalist Arthur Nolan explains”I was spending 26 hours a week commuting on overnight coaches from my girlfriend’s university house in East Fife to London for 1 shift a week on Borough Market.”

Recorded by Margo Broom whose work has included Fat White Family, Goat Girl and many more, musically ‘International’ shifts within the frames of sci-fi with a cosmic drawl – shape-shifting from the fringes of Tame Impala’s first two LP’s with a King Krule silk-charged croon and a slight lick of early 90’s West Coast G-Funk.

Taking a more electronic turn with ‘International’, Blue Bendy have ditched their more ramshackle sounds and have rebooted with a more electro-tinged, cosmic-pop twang, and I personally cannot wait to hear what else the outfit has to deliver going forward.