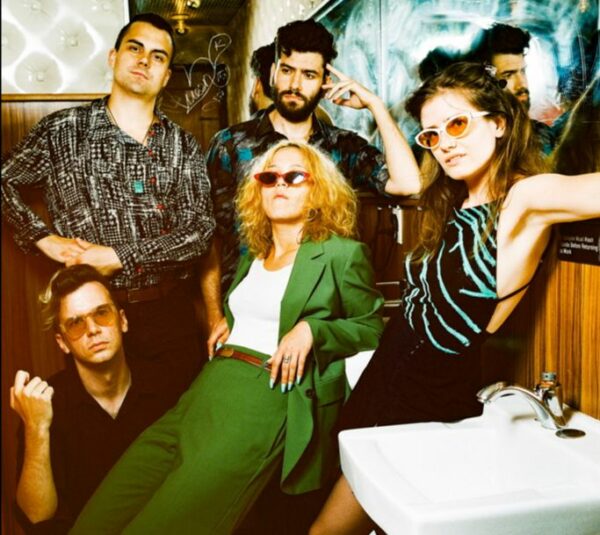 Everyone’s favourite contemporary-observers BODEGA, return with news of their sophomore album ‘Broken Equipment’ (out March 11th via What’s Your Rupture?), and share the video for new single ‘Doers’.

For argument’s sake, it would appear as though BODEGA have a gift for re-emerging right when we need them the most.

Three years on from their rhythmic-mind-fuck of a debut, ‘Endless Scroll’ (a record that challenges the mindless mechanics of modernity) and it’s safe to say we’re in no fitter state of world, mind, or general technical practises.

You may be ready to accept it or not, but the key to long-term success is taking a step back, going for a brisk walk and / or shattering illusions of societal-productivity because no-one, repeat, no-one, is as efficient as they claim to be.

Proactively rebellious in every single way, ‘Doers’ is a practical mission statement that’s simultaneously provoking as heck, and instantly obsessive; it’s worth noting that with BODEGA, the line between rapturous escapism and dead-pan stomping, is as innovative as the city they call home, and few capture acerbic-subway-surfing quite as well as this gang.

Whether it’s over-articulating of key-lyrics for the sake of cadence-glory, the bittersweet clunk of a ridiculously tight rhythm section, or, the unanimously responsive stadium mantra of “bitter, harder, fatter, stressed out”, ‘Doers’ is relentlessly topsy-turvy – think Alice trying to find the right key to open up Wonderland, only this utopia is New York City and the streets are paved in existentialism.