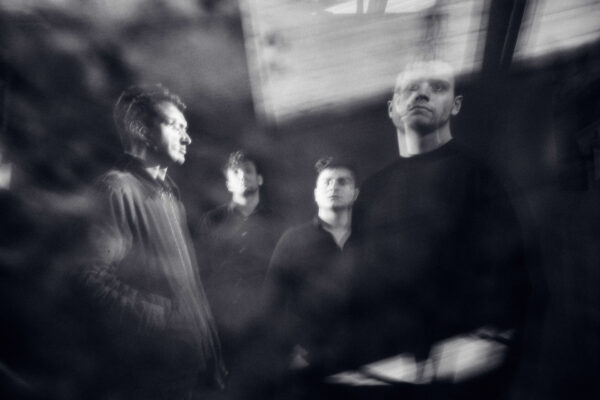 Skittish Art-Rock newcomers Bollards, serve a refreshing slice of dungeon Disco with their debut track ‘Plate Up’- an appetiser for their upcoming debut EP ‘Harbour Dance’.

The London four-piece’s spirited offering is an experimental blend of sparse Disco synths, oblique riffs and roomy radio-mic vocals. It conjures images of mindlessly roaming, endless back streets at dusk; the uplifting cadence bouncing with you as you walk.

Taking inspiration from Deerhoof, The Fall and the jerky riffs of XTC, vocalist Jonny Dicken’s remarks that “The work of the band is to twist the mundane into the absurd, mess with the meaning of it and turn it into something that it’s not.” ‘Plate Up’ certainly grasps with a clandestine objective; embracing repetition, false starts, and Post-Punk sensibilities, to mark a firm print in the sand for the outfit.

Recorded with producer James Traylen in City Muscle Recordings in Farnham, ‘Harbour Dance’ promises a pick and mix of impatient Post-Punk and chopped grooves, with a sporadic sprinkle of Disco.