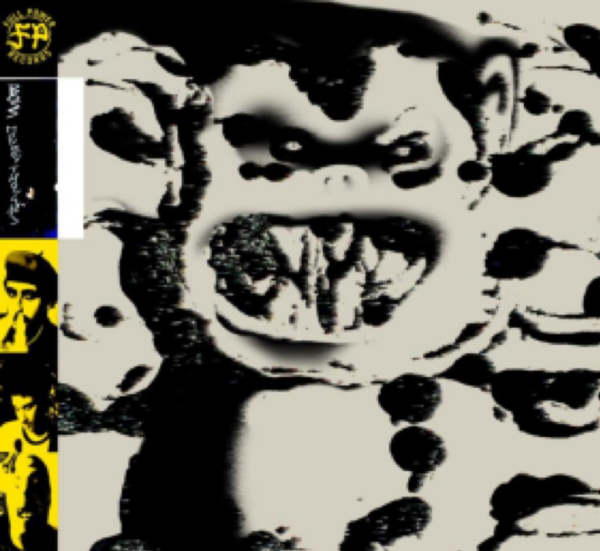 Where previous singles have sported the subtleties of Rap-Rock (’S.T.S.’) and diet System Of a Down (‘Salome’), on ‘Monkey Thoughts’ BOSS confidently don Hyper-Pop’s frivolity and excess, showing a fresh side to the South Londoners.

Don’t get it twisted, although the single is fun and would go down well being remixed by A.G. Cook, its not light-hearted. As we drop down another circle of hell and frontman Oscar Lane rather aggressively queries ‘Where is my peace of mind?’, ‘Monkey Thoughts’ begins to mirror (in attitude and immediacy) David Byrne’s introspective sermon on ‘Once In A Lifetime (Naive Melody)’. However, instead of a midlife crisis and the American dream, Lane tackles the calamity of approaching your quarter-life and the Millennial descent from wokeness to yuppiedom.

More indecisive than Buridan’s Ass with which time signature they prefer, BOSS last under two minutes before collapsing under the ecstasy of their own contradictions. ’Monkey Thoughts’ is bonafide evidence that maximalism is back, baby.

As Britpop glazed over the problems of the 90’s with New Labour ditties and tinnies in the park, this current more-is-more guitar music barely hides the multitude of bollocks us contemporary middle classes should feel guilty about, like Adam obstructing his modesty with a lonely mint leaf.