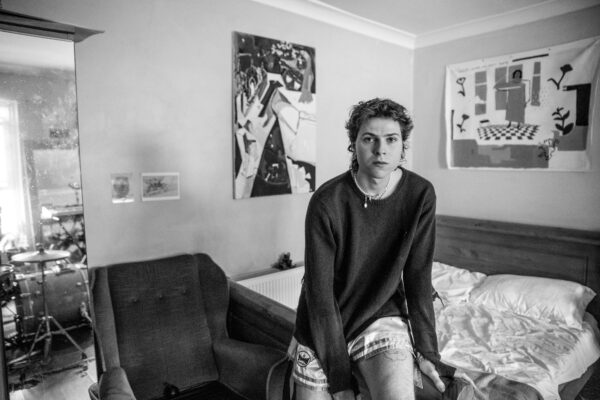 The bedroom has always been a liminal space. Once the private quarters of childhood dreams, adorned with posters of popular heroes and strewn with semi-treasured objects, it has since become a more functional room; tied to privacy, intimacy and often the only truly personal space in a home.

Tatjana Rueegsegger, a Swiss photojournalist, recognised the disarming power of finding yourself in someone else’s bedroom, and utilised the occupier’s sudden willingness to share blunt and honest stories about their personal experience to create her latest book ‘Brexit Bedrooms’. 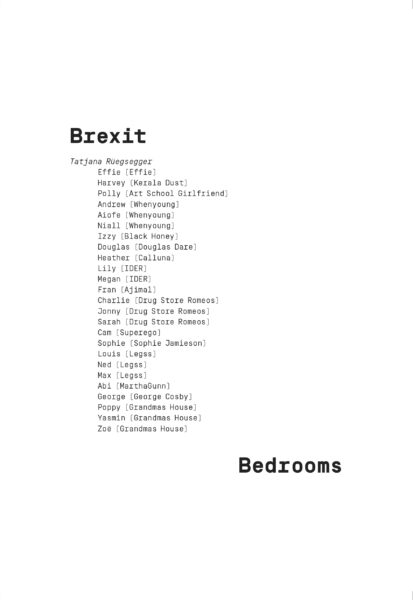 ‘Brexit Bedrooms’ began its life as a photojournalism pitch to the German edition of Rolling Stone in 2019, with Tatjana asking a number of fledgling UK pop bands questions about their relationship with Brexit and its effect on their personal headspace and musical output. It opened a sincere window into the lives of British musicians, sharing their experiences in the comfort of their own homes, sharing anecdotes of how Brexit had affected their touring schedules, future income, and ability to continue making music. The radical approach departed with traditional Zoom interviews and pub meets for a tête-à-tête approach, embarking on a far more expansive journey than Tatjana ever expected. 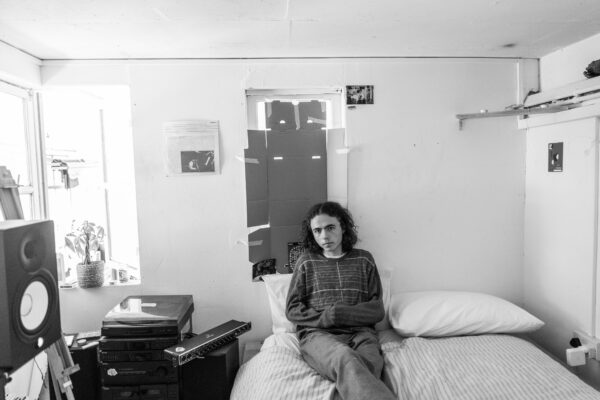 Unfortunately, this project was cut short by the imminent pandemic in 2020, But Tatjana took the time to reassess the angle of the project, realising the pandemic was compounding the impact of Brexit on musicians, preventing touring and even local shows. The conflated impact of the pandemic and Brexit forced Tatjana to scrap the old interviews and tackle ‘Brexit Bedrooms’ with a more nuanced, pandemic-driven angle. Finding her way into the bedrooms of Art School Girlfriend, Legss, IDER, Drug Store Romeos and many more London-based acts, she created a window into the often unpublicised private spaces of the UK’s burgeoning acts. The culmination of this is her fascinating book ‘Brexit Bedrooms’, a photographic journey through these hidden spaces, complete with interviews with each artist that details their experience of Brexit. So Young catch up with the multi-hyphenate creative ahead of its release to discuss the inspiration for the project, the stories told therein, and the unexpected therapy sessions Tatjana soon became the mediator of.

First off, ‘Brexit Bedrooms’ looks really interesting. You’ve obviously been working on it for ages. I’d love to start from the beginning. I know this began in 2019. Would you like to tell me just a little bit about how this all began?

Tatjana: It started as a pitch for the German edition of Rolling Stone. And I have always worked with a lot of British artists and I’ve studied in Britain, so I’ve always had this connection to Britain and then obviously Brexit. That was a bit of a shock to everyone, obviously. The Rolling Stone editor said, “Go for it”. So I started working on it in 2019, going to the UK for a month interviewing bigger pop bands, I was then supposed to go back in April to do a few other bands, but COVID hit. And then that got put to a halt. Rolling Stone said we need to put it on ice and Conde Nast cut. Rolling Stone told me I could do whatever I wanted with it. With COVID on top of Brexit, it became even more of a topic. 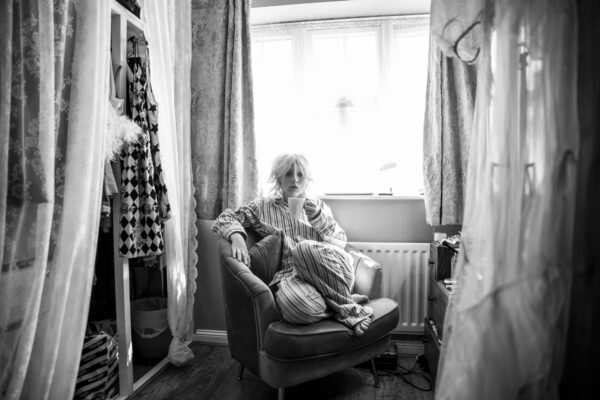 So when you first pitched it to the German Rolling Stone, you spoke with FLYTE and similar artists. Are they in this issue? What happened to those interviews?

I think it needed a clean cut from the 2019 interviews, in part because the questions would be different. [In Brexit Bedrooms,] the questions are the same for everyone, and the questions changed slightly, because of the pandemic. 2019 was a different time because everything was still very fresh and we were all confused about the whole Brexit situation. Nobody knew if it was actually going to happen, or if it was going to be a hard Brexit or not. In 2021 these negotiations had happened and you could see that the music industry had been completely overlooked. It just needed a clean cut.

Did you ever deliberate over calling it Brexit Bedrooms? Because Brexit is now in the past? Obviously, its repercussions are still very present, but bedrooms held so much more power in the wake of COVID because of the confinement, right? How did you find tying in the COVID?

In a way, Brexit actually foreshadowed what COVID could be like with not being able to tour, in a very drastic and unforeseen way. We’ve spoken about the title quite a lot and we decided to keep it. It was bedrooms before it was COVID anyway because firstly it’s an illusion that if bands play 1000 capacity venues in Europe, they can afford an amazing living, whereas the reality is that most of the time, they still have one or two jobs next to it and still reside in tiny rooms outside the city centres. And bedrooms have always been the place to record and make music on top of that.

It’s horrible to say, but COVID played in the book’s favour. I guess I also tried to make it the least about the pandemic within the interviews, but you can’t just ignore it. I see the book as a picture in time – it is documentary photography that captures a moment in time, and the pandemic is part of that. 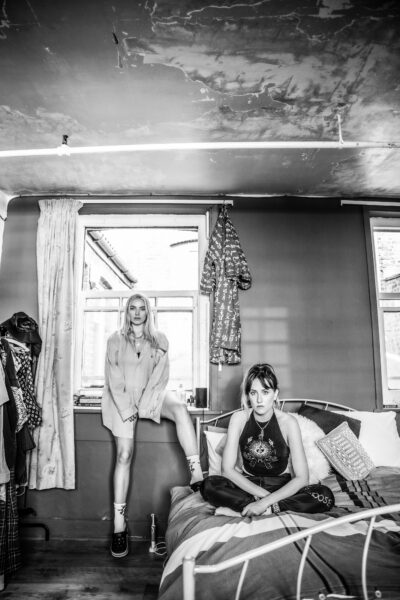 You’ve said that it sort of became a therapy session when you were chatting to these musicians. And obviously, you’re in their bedrooms. Did it render the musicians really honest, because they feel like they’re at home? Or did it encourage some to be quite protective about their personal space? How did you find the experience of interviewing people in their bedrooms?

I think the fact that they agreed to have a completely unknown person come into their own four walls is a big leap of faith. It feels like an act of trust or naivety, maybe. The first question that I asked all of them was “What emotions is Brexit triggering in you?”, and then it all came out. The question broke the ice. Because of this, the interviews have been really open and honest.

So that first question warrants an emotional response, rather than an activism response. The bedroom is a very personal space where you can out your emotions, I think that’s quite smart of you to capture people into their bedrooms. Because their surroundings also tell a story. So the photography aspect, am I right in thinking it’s all in black and whites? Why was that a creative decision?

Well, I started doing photography in black and white. I studied film photography, and it took me a long time to detach myself from black and white photography, I feel like black and white is a way of focusing more on the content and less on distractions. I sometimes shoot in colour but it’s because I want to emphasise particular colours. The last project I worked on was called ‘Queens of the Scene’ was documenting mainly one drag queen in Zurich, that also ran workshops with anyone that was interested in the drag culture. I documented that in black and white, even though everybody was telling me that it’s a drag show – where the colour is so important. But it was more interesting to see how their posture changes [when in drag]. Brexit Bedrooms is a mix between portraits and documentary work, and it felt within my nature to work in black and white [for this project], even though there were rooms that had amazing colours. 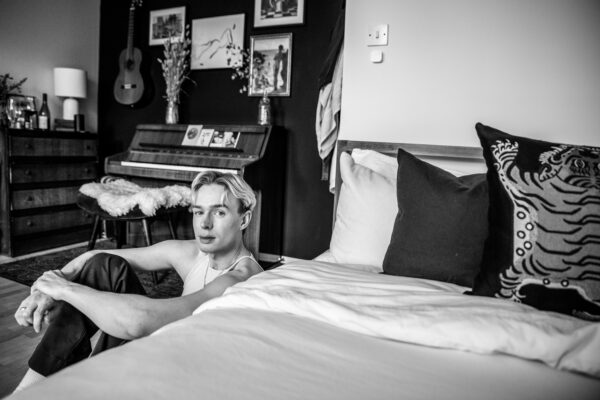 So you’re currently in your home in Switzerland, and I’m in London. I’ve got a lot of love for the George Tavern, which is where you’re hosting your release event. Outside of Brexit or COVID, the George is actually having its own issues with staying open. So what made you choose George?

So much. The George has always been a fixture in London for me. Palace used to put on Palace presents there and I’ve been there a lot. I’m in awe of Pauline Foster as well – she keeps fighting for the George which is essentially a safe haven for a lot of London musicians. During COVID they put on gigs every day of the week still, even though it was at a massive loss. Additionally, it also came down to my residency alongside Brexit bedrooms. I applied for a residency fund here in Zurich that has a studio in London. That studio is a two-minute walk from the George. I was probably there three times a week. You can feel there’s so much support and love for the arts and music, which is something the government is just not doing a lot. And and it’s very striking for a place like the UK that exports so much art, especially music, where the whole reputation of the island leans on music abroad. And then it’s overlooked in a local sense. It was the George because there was no other way.

I have a similar feeling towards it. When I kind of first discovered it. It’s one of those places in London that gives a platform to small bands without pretentious about curation.

Absolutely. At the George, you don’t really know what you’re going to see, but it’s really amazing to see bands that have barely any followers that are really good.

Yeah, exactly. I wanted to actually ask you what emotions Brexit triggers in you, as it was your first question for the bands you interviewed. But if you want to answer that in a short and sweet way, I guess I’d appreciate that. I think that’d be a nice way to end it.

I never realised how hard that question is to answer. Well, I’m not English. I grew up here in Switzerland. I’m Swiss. I have nothing but love for England and English people. I mean it’s ironic, why is a Swiss person that is not in the European Union doing a project on Brexit in the UK? That’s always in the back of my mind. But Brexit triggers fear of loss for the culture in Europe, really. Because you are a part of Europe, and I feel like it was a nice run, and it takes away a lot more from everyone in Europe than it gives to the people that matter. People in power and rich people are the only ones to gain from something like that. The emotion is sadness really. 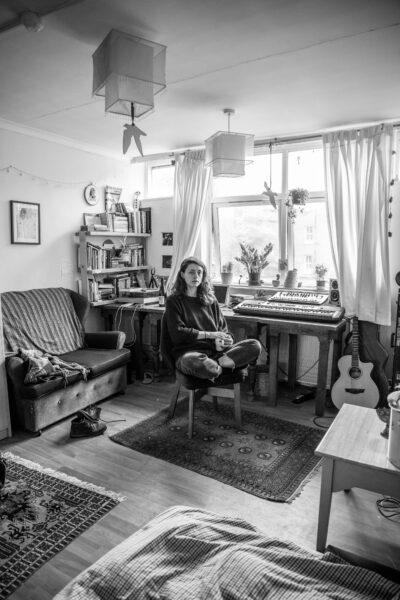 Sadness and loss is a good way of summing it up. Thank you, Tatjana. I hope your release party this month is fruitful and continues the conversation you’ve bravely begun!

I’m very excited about this month. The book is in print, We’ve just had the first video sent over from the printers and it looks great so far. We’ve pushed the printers a bit because the design of the book is a bit absurd as well. Anyway, how’s the weather in London? Because I’m packing after this.

It’s either pouring with rain or a little bit sunny. No in-between. So pack a raincoat!