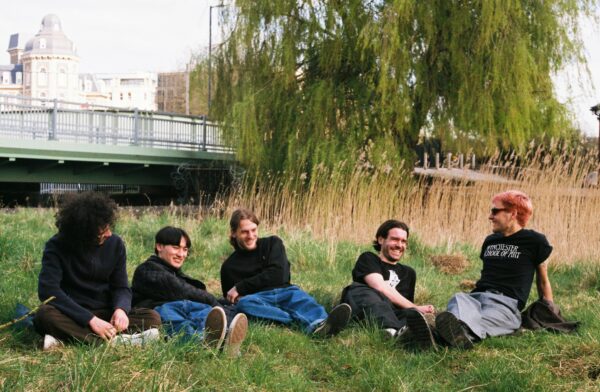 ‘Well, that came out wrong.’ ‘I should’ve typed one ‘x’ not two.’ ‘I’ve had green remnants lodged between my teeth for approximately two hours – will I ever be loved again?’ Just a few of the umpteenth societal mishaps that’ll have you seeking out the nearest sandpit to bury your head in until further notice. Attempting to expel these trappings of acute self-awareness, are Bristolian five-piece DAMEFRISØR with their debut single, ‘Do You Think I’m Special?’

A hotbed of strident guitars and urgent percussion, the melody is loaded with sonic angst. A swelling charge of full-bodied riffs, the track is a heated exploit that you can really sink your teeth into. Musically in keeping with the sounds of New Order and Echo & the Bunnymen, the post-punks present a whip-smart and invigorated take on the resurgent genre.

As unabating as they are compelling, agitated synths are a driving force of intensity. Drenched in the hypnotic sounds of frontman Kazhi Jahfar’s macabre vocals, the single is all riled up on the exertions of carefully constructed musicianship. Finishing just shy of five minutes, distorted soundscapes wrap up the proceedings with a hard-nosed edge.

Spending the best part of this year sharing stages with the likes of Squid, VLURE and Legss, it’s only a matter of a time before DAMEFRISØR are at the top of your watch list. Best get started ahead of the curve and submerge yourself in ‘Do You Think I’m Special?’

‘Do You Think I’m Special?’ is out now via Permanent Creeps. Pre order the 7″ Vinyl here.