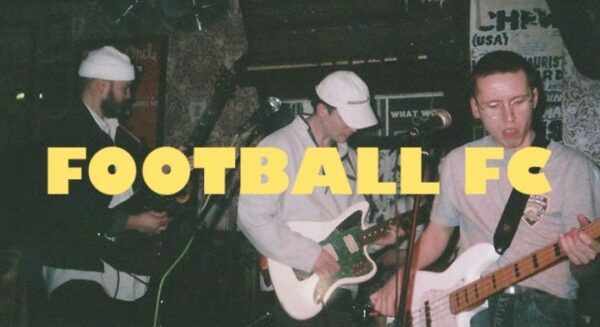 The first time I saw Football FC live, they were slightly pissed, sporting a cork hat and looking at each other half expectantly half unknowing, wondering when to begin.

It was a revelation, a seamless and fervent performance that could’ve easily crashed and burned at any second that you couldn’t take your eyes off. They’ve quickly become a must see proposition in Bristol, and with new single ‘Big Time’ have their eyes firmly set further afield.

‘Big Time’s industrial chug grinds away headily, as if the soundtrack to businessmen lurking in some seedy underpass or a rotten red-lit club, their rolled-up notes seemingly making up for any sense of personality. It’s political but in no way linear, it’s observant, unashamed and sordid in its crass deviousness. A bold and unforgiving introduction.

‘Big Time’ is out now via Permanent Creeps.