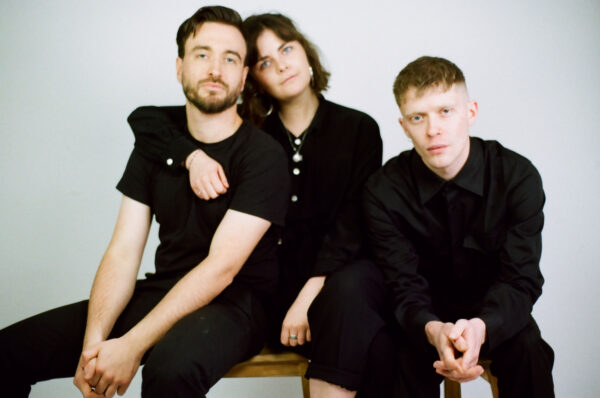 Wax Music began as a personal outlet for editor, Ross Jones. Upon his post-uni return to his hometown in Devon, A life of festival stages, interviews and band management felt some way off, but six years later, it’s truly arrived.

Now with a base in Bristol, and an in house team of three (including Ciara and Kieran) Wax Music is the go to place in the south west for a nod to a good band and a live platform for emerging artists. Speak to any of the rising crop who have passed through Bristol, they’ll know Ross and they’ll know Wax. Some of them even ask them to introduce them on to festival stages, of which he’ll always oblige…boiler suit in tow.

As ever, Wax Music like a party and to celebrate their Sixth Birthday they’re throwing a big one. Taking over Rough Trade Bristol, Ross, Ciara and Kieran invite Trudy and the Romance, Feet, Do Nothing, Football F.C, Haze and more to play. Tickets are (somehow) still available here.

We caught up with the team ahead of the night to find out where it all began and what’s in store for 2020.

Tell us about Wax, how and where did it all begin?

Ross: Wax, first and foremost, was a platform to be able to write about new music that we were excited about. I was straight out of university and living back at my parents in Devon, I didn’t have any experience to get a job in music journalism first hand, even as a freelancer. So Wax not only gave me the foundation to be able to write, but also the motivation to actually build Wax into the brand that it is today. The first piece we ever posted was a single review of Charlie Boyer and The Voyeurs – now we’re celebrating our sixth year and getting to work with Heavenly, Rough Trade and Fred Perry, and it’s more than we could’ve asked for.

Wax has become a go to place for music in Bristol, what does the city mean to you?

Kieran: There’s a really unique musical culture here that forces artists to pursue authenticity. The DIY ethic is strong within the community, and it’s apparent in the music people are making and projects people are forming. Bristol has collectives like Illegal Data and SNOG who are less interested in the mainstream ethos of pushing certain genres, but instead focus on curating open, diverse creative spaces where artists can explore engaging and alternative ideas. That’s what we love about Bristol, it’s the love and support everyone seems to have for each other and the passionate defiance against hype-culture, commercialisation and exclusivity.

You’ve reached your sixth year, congrats. How do your initial intentions for Wax compare to it’s ambition now?

Ross: Thank you! When we moved to Bristol in 2017, Wax grew more than I could really ever expect it to – the fact that we were able to evolve and begin working in promotions and management as well as journalism was something I could never envision happening – but here we are. With Ciara and Kieran coming in as editors and partners this year, they’ve really opened the door for Wax to progress in 2020 – something we’re all very excited for and I’m so thankful to the pair of them for that. Our ambition for Wax as a brand now has no limits – we want to give people a platform to be able to express themselves and receive the support and credit they deserve.

You’ve also built a reputation for exciting live shows, do you have any highlights and how easy of a transition was it moving into that world?

Ciara: This year we’ve started to really focus on establishing ourselves as a promoter. We started our Who Are You? series in October in association with So Young Magazine – we’ve had YOWL, The Shuks, Football FC, The Rhythm Method and Lynks Afrikka, and now obviously we’re prepping for the Sixth Birthday this month too. It’s been really fun to properly branch out into the promotional side of the industry and start to host artists that we think are onto exciting things. There are so many artists in Bristol that sometimes don’t get the kind of opportunities they deserve, which is something we want to change. Fortunately, with Bristol’s supportive community and wealth of independent artists, our transition into live work was really well received. Selling out shows and putting on artists we love has been and always will be some of the main highlights of all the work we do. 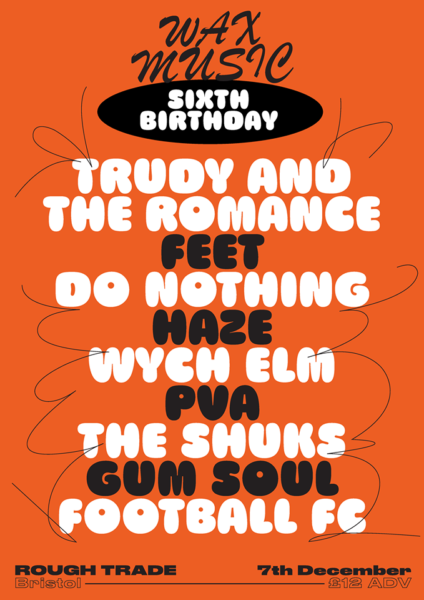 You’re hosting a party for your sixth birthday, can you tell us what we can expect?

Kieran: The all-dayer event is going to be hosted at Rough Trade Bristol, and we’ve got a pretty massive lineup prepared. Trudy and the Romance, FEET, DO NOTHING, Haze, Wych Elm, The Shuks, Gum Soul and Football FC are all playing throughout the day, and there are so many great friendships between all the bands, so really it’s just going to be a massive party. The event is sponsored by Pistonhead Lager and Fred Perry Subculture too, which is a great opportunity for us. It’ll probably end up as a mass migration to Bristol’s favourite watering-hole The Ruin, and hopefully we’ll get Ross to crowd surf to Robbie Williams again at some point during the night.

Ciara: We’ve got some big plans, but one of our main goals is to diversify and expand the artists we work with and put on. We have some exciting lineups and features in the works for the new year, and are hopefully looking to start putting on different types of events across the city. I’m going to start a podcast series, where I’ll be chatting with interesting people and projects from within Bristol’s creative circles, which I’m really excited for. I’m also going to make the most of Independent Women’s Day, and do a massive week-long series of features, interviews and photoshoots. We’ve appointed Amia Watling as our Director of Art, and she’s got some really interesting ideas as to where to take things, so we’re a team of four now. It’s all really exciting, and keeping us very busy for sure.