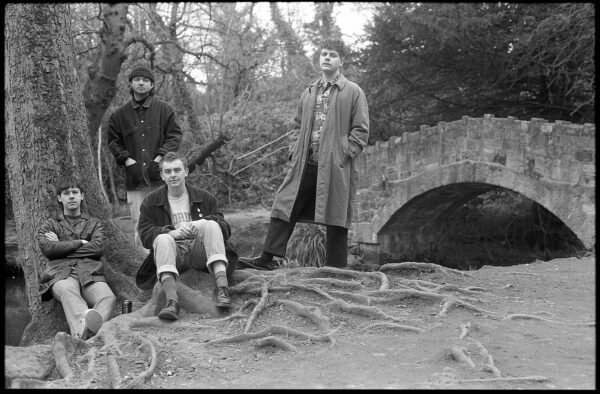 With Autumn poking its sodden leaden head, it’s time to concede to the departure of sun-laden good times and embrace the dusk, itself. With that being said, Edinburgh’s Cheap Teeth are here to soundtrack these coming months – and what a banger they have to accompany it with in ‘I Am The Mud’.

Released via one of the finest independent imprints,  Permanent Creeps (Cruelty, Italia 90, Bdrmm, Public Body and many more), ‘I Am The Mud’ drags us into the ghoulish netherworld of Cheap Teeth with a brooding gothic-garage-punk ripper.

Like a hellish and macabre ode to The Black Lips, The Birthday Party and The Cramps, ‘I Am The Mud’ is a glorious three and a half minute pint-spiller for the sweat-storm mosh-pits, aptly right on cue, as venues are allowed back to full capacity.

Recorded by Chris McRory, the raw, snotty garage-rock tsunami is a snarling searing beast, and representative as to why Cheap Teeth might be one of the mightiest new rock n roll bands the land has to offer, and why Permanent Creeps are such marvels at finding such talented young bands.

Cheap Teeth · I Am The Mud