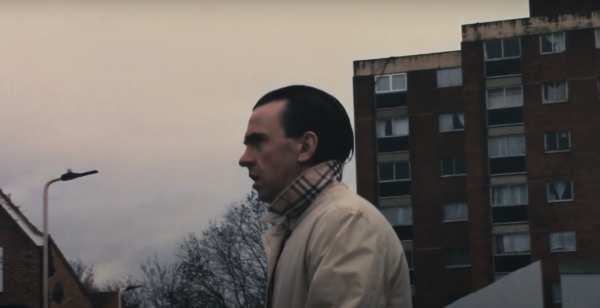 The rise and rise of West London’s, Chubby and The Gang is something that brings us huge satisfaction. Following the (first) release of their debut album ‘Speed Kills’ in January 2020 via London punk label, Static Shock, the band have gone on to command new fans, festival slots aplenty and a deal with label of the moment, Partisan Records.

October 2020 saw Chubby and The Gang re-release their debut with a full campaign of animated videos, Radio 1 plays and an advertising billboard on their beloved Uxbridge Road. In a November edition of The Scoop you’ll read the story of the gutter punks who are making rock n roll fun again, but with this new video for track ‘Grenfell Forever’, the band show their delicate side. Somewhere on the bands social media you’ll see the term ‘The Melodic Migraine’ (which is pretty on point) but with ‘Grenfell Forever’ there’ll be no headaches.

Chubby (Charlie Manning), with the help of his sister, treats us to christmas eve walk and drive through the streets of their cherished West London – somewhere that has not only been home to the scene that has driven the rise of the band but also where the tragic shell of Grenfell Tower sits. A sight that never becomes less harrowing and stark reminder of government failure but also of the importance of community.

Chubby and The Gang, with all of their noise, are one of the most exciting bands in the country right now but with love letter to London, ‘Grenfell Forever’ they’ve shown that they’re all the more intriguing when they take it down a notch. Watch the video below.