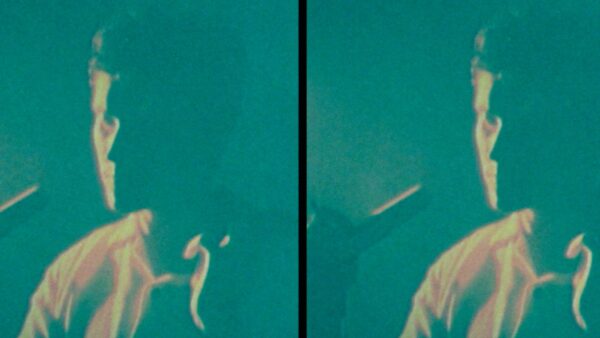 John Eatherly (formerly of Public Access TV) has made the leap into the realm of dreamy electro-pop with new band CLUB INTL. Based in NYC, Eatherly teams up with long-standing collaborator Maxwell Kamins to release ‘Crush’ which has been oh so casually produced by mega composer, videographer and record producer Johnny Jewel.

Dripping in Jewel’s influence, on one hand it lends itself seamlessly to laying very still and allowing the mind to gallantly run away with itself; on the other a desire to put on a pair of patent leather shoes and jitter off into the night. The track is paired with a video directed by Johnny Jewel in which he puts on display another of the many fine strings attached to his already bulging bow of talent. The video toys with infrared imagery amid enchanting scenes of John Eatherly gliding his way around what seems to be an exquisitely well decorated hotel room. The track evokes a sickly sweet familiarity, the smell of perspiration imprinted onto newly tanned skin, the air laden with the overhanging heat of the day and an open window where the muted bass and emotive melody spill out to snatch your attention. The track pulsates with a fervid energy that radiates an infectious and rich feeling deep inside.