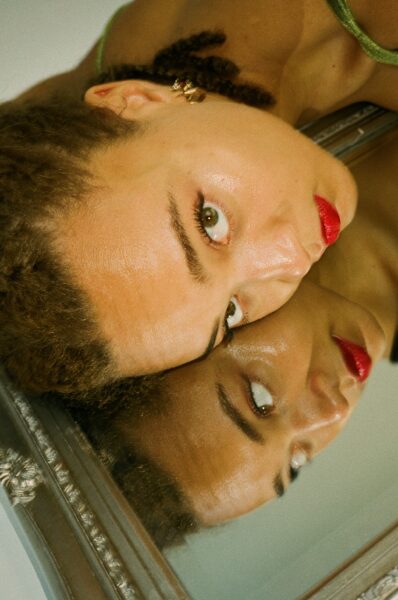 Debut album ‘English Rose’ was impulsive and unpredictable in its direction – whether bounding across knotty melancholia or embattled and salty notions of defiance  – Constance was always the pressure point, prominent, fervent and unrepentant. Tearing away anxiety over expectation like a worn plaster, Constance’ music felt authentic in its desire to mentally never sit in one place.

New single ‘Monty Python’, her first since the release of her aforementioned record, is Constance seemingly welcoming in a more cohesive and focused era – pop-orientated and undeniably ardent. Constance has always imprinted her music with a feeling of immediacy, yet with ‘Monty Python’ it feels she’s added more weight to her cause, coyly motioning across the track rather than bounding headfirst through it.

This isn’t to say that Constance has softened in her penchants, she’s merely found a new way of soliciting them with more nuance . ‘Monty Python’ simmers with eagerness, the atmospheric spaciousness of her previous work drenched in a new found determination – self conscious in it’s lyricism yet only to mark her progress – her bite only indenting further as the track flits utterly without surreptitiousness.