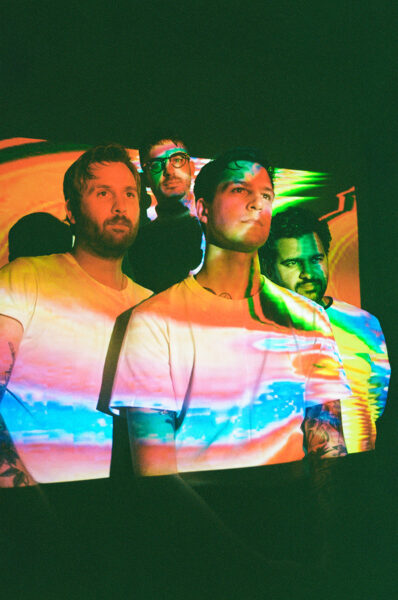 Following the cult-like success of their 2019 debut album ‘Speaking In Tongues’, Crows are back and brasher than ever before with the announcement of their sophomore release ‘Beware Believers’, out April 1st, via Bad Vibrations Records.

Confidently revolving around the borders of Psych, Punk, and prosaic resistance like a nihilistic merry-go-round, ‘Slowly Separate’ is loud, proud, and ferociously catchy. In just short of four minutes, Crows have somehow managed to mutate their archetypal live-set, into a propulsive spew of telekinetic manipulation.

A strongly-willed testimony to whatever hell-on-earth is soon to follow, ‘Slowly Separate’ is guaranteed, to speak entirely to the hearts and souls of Crows ardent fanbase; crawling out in a manner that’s both disconnected and articulate, liberated yet rhythmically-restrained, and all-in-all an anthemic-endurance-test on how to nail a ‘comeback single’, whilst remaining characteristically unhinged, at all costs.

Crows, despite their bewilderingly relatable outlook on routine mundanity, consistently defy expectations with periodic success. In short, ‘Slowly Separate’ is corrugated claustrophobia as told by a bunch of unashamed agitators, in a frenzy of monochromatic mischief.