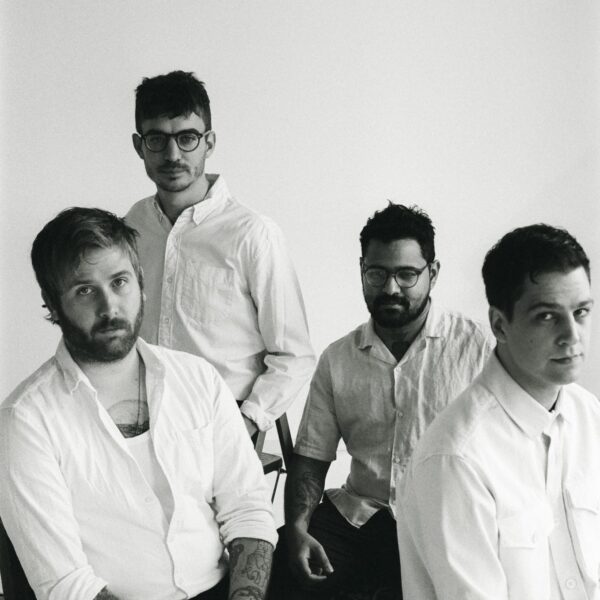 Accompanied by a minimalist music video coloured in a luscious horror movie palette of black and red. With all natural movements made eerie and jolted by a fish-eye lens, James Cox embodies the preacher crying out to his audience and to the heavens above.Cox says of the new single: “I used to be quite obsessed with true crime, and this song was kind of born out of researching H.H Holmes and the World Trades Hotel in the 1860’s where he would murder people staying at his hotel informally called ‘The Murder Castle’.”

Despite the influences for their upcoming album ‘Beyond Believers’ being rooted in the summer of 2019, a song inspired by true crime is incredibly on trend within the frame of the pandemic. The genre gained an even wider following throughout the lockdown with shows such as ‘Don’t F*ck With Cats’, ‘Ripper’, and ‘The Vanishing at the Cecil Hotel’ completely swarming our social media. The increasing mundanity of our daily lives appeared to lead us all into stories of the curious, dark and extraordinary, making this pre-pandemic written song seem almost prophetic.

‘Room 156’ is the second single to be released by Crows in advance of their upcoming album, ‘Beware Believers’, due to be released on April 1st. If their reputation as live performers is anything to go by, it is already easy to imagine the pure electricity of this song performed live. The audience being pulled towards the band in a tidal surge, reaching for out, begging for that same connection and unity that those who turn to cults ache for. I can see it now, the sweating mosh seeming to breathe as one as Cox promises all of us that ‘the faith healing works, I’ll show you how’.

As the world seems to slowly open up again in a few heaving steps forward and the odd aching step back, ‘Beyond Believers’ ties in with the longing for connection and unity. With the chant of ‘broken things let the light in’ tugging at our vulnerabilities and desires, ‘Room 156’ is a lighthouse calling out against our apathy and playing with the all-too human need to belong to something seemingly greater than ourselves.