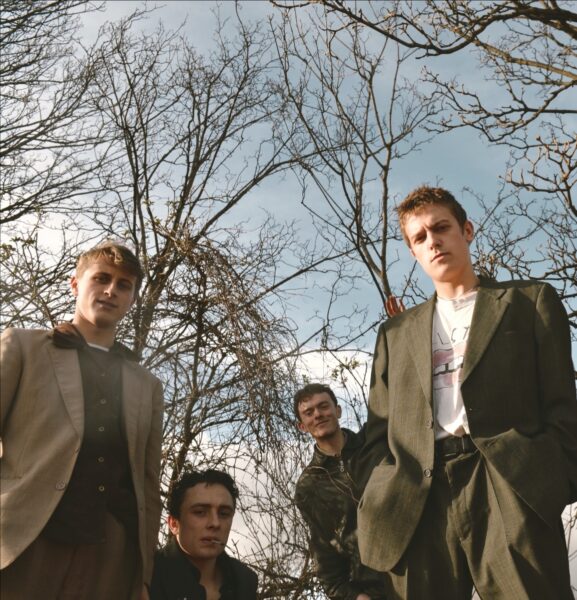 Is it right that to find some sort common empathy between each other in the workplace, we routinely humour ourselves with the thought that if we were to suddenly pass, Spoons would still call you in for a shift on Monday morning?

The problem is, if the capitalistic society we’ve happily allowed to breed over the years had been pulled out at the root, such normalcy wouldn’t simply be blinked at. But you know that, you’re probably sick of hearing it. But there you have it, being indifferent is easier than actively challenging.  Except if you’re DEADLETTER.

With ‘Fit For Work’, they’ve taken on the despicable narrative that has befallen many across the UK, where an unquestionably and categorically disabled person has to go into a battle for benefits, care or even acknowledgement with an individual’s granddaughter who’s just popped out her fifth child before the age of twenty five so she can continue living off the state. Box-ticking at it’s unfathomable, ran by the bureaucracy.

A burly, tempestuous little shit of a track – ‘Fit For Work’ is as antagonistic as it is frustrated itself – there’s no smoke without fire, and DEADLETTER channel that incredulity into something sneeringly provoking but purposeful. While they focus on this through unquestionably compelling subtlety, there’s enough harboured intensity here to truly let loose. The searing trumpet only rears it’s pleasingly ugly head as the indignation hits fever pitch, its reason for being cemented in its heedless unease  – the group finding that tentative balance between harmonious accessibility and ever popular primal noise.

Sure, it’s sardonicism is its matchstick, yet its melodious clamour is the petrol to truly burn it all down.