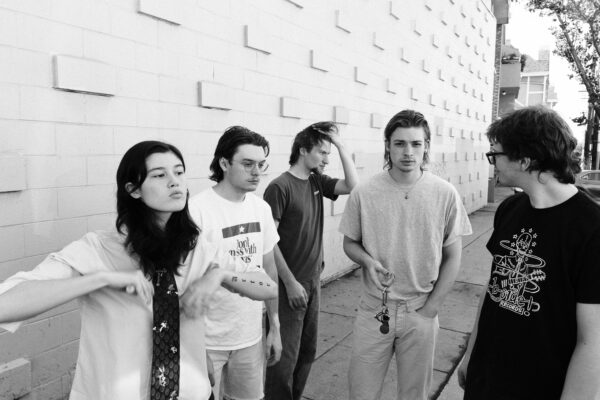 It would appear that the time really is now for Disq. After announcing their return with ‘Cujo Kiddies’, they follow up with the astonishing ‘If Only’; another morsel of their upcoming second album, ‘Desperately Imagining Someplace Quiet’.

While touted as ‘ones to watch’ and a ‘buzz band’ upon the arrival of their 2020 debut ‘Collector’, it arrived at a decidedly inopportune moment for them to become breakout stars. All barely out of their teens at the time, the five-piece from deepest Minnesota showed promise in a record that channelled the likes of Pavement and Parquet Courts, but it seemed they were always destined to emerge a cut above those around them who operated in the same vein.

‘If Only’ is a little different, however. As bands often do for their sophomore effort, there’s a sense of maturation in the songwriting chops of the group, and their frame of influence has expanded beyond their previous outing. There’s still a distinct love for 90s emerging through, with nods to mid-period R.E.M. and is reminiscent of underrated power pop gems like Smoking Popes at times, but then Disq show they’re more than capable of making it their own thing.

Lyrically the track seemingly deals with the end of a relationship, and brings with it a yearning to return to how things used to be. For every heartbreaking chord change, there’s a similarly heartbreaking line to go with it. While the theme of wanting to wake up from a dream and everything being back to normal is a well-trodden path in popular music, the way Disq tackle it in the song’s wistful manner is packed with charm.

Somewhat out of place in the middle of the song is a self-labelled freakout section; a proggy synthesised guitar solo that is preceded by a deafening howl from frontman Isaac deBroux-Slone. Whether or not you feel it fits the rest of the song, it definitely signifies that Disq aren’t going to be taking the safe approach and have the daring to move forward as a band and display everything they have to offer. It strikes me that with the rate at which they cycle through fresh ideas that there’s plenty more where this came from for Disq – if they were ‘ones to watch’ last time around, then you should really be paying close attention from here on.