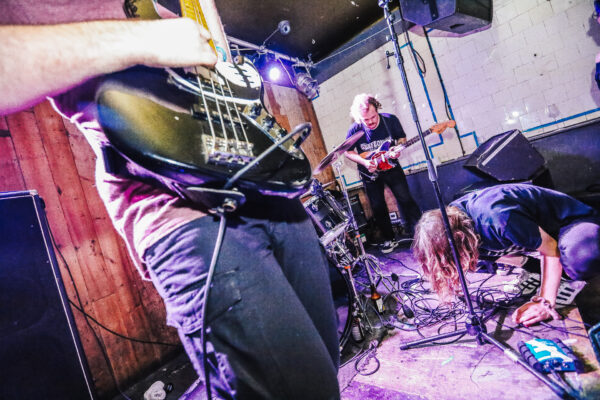 Brighton’s DITZ are a masterfully wildly bunch. Playing London’s The Waiting Room for a night by Alcopop Records x Dork, take five mates, put them in a Hackney basement, add a bit of anticipatory angst and what do you get? A lot of stimulus. Duh, they’re a noise band and the clue is in the name, but something suggested that tonight, if you craved a safe-space to have a scream and feel better for it afterwards, then things were about to get gnarly for the greater good- we weren’t wrong.

As a unit, DITZ have the kinda relentless itch one might expect from a high-stake state of tonsillitis. Were things feverish? Yes. The walls weren’t melting, they were searing punk-bellied fire to foghorn levels of crash pollution and snare-caving inch by inch closer to centre stage. 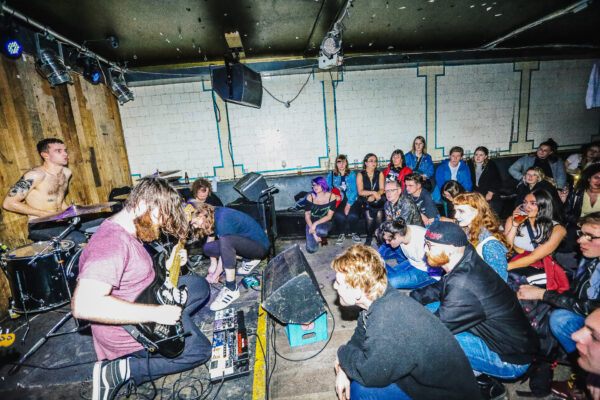 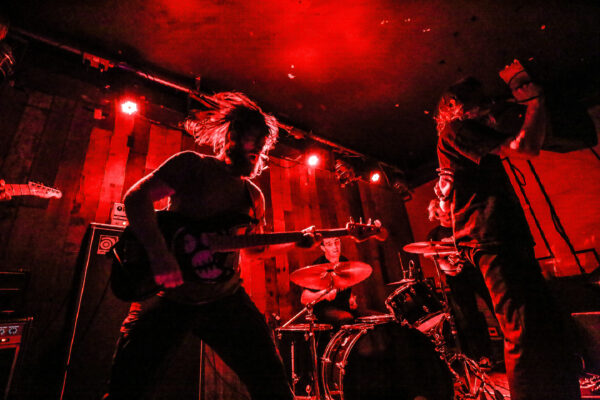 Vocalist Cal Francis is ever the perfected frontman. Provoking grounded fascination with his back to the audience like a caution-clattered ringmaster of mosh, he amuses and he enthuses, telling tales of Aldi misadventures, ‘prices to pay for being this way’ and favourably charming all into his own personally pitted circus.

Cutting the corners of the thrash-tightrope only to watch it swing jarringly in a snag of wired-up friction, DITZ played a hearty set of tracks off of their debut EP, (Ep 1, 2016) and their latest single ‘Total 90’ – a moaning, groaning wake-up call with a punch that could confidentially force a body out of a hundred-year-slumber and into an eternal mood of screeching sidewalk swagger. 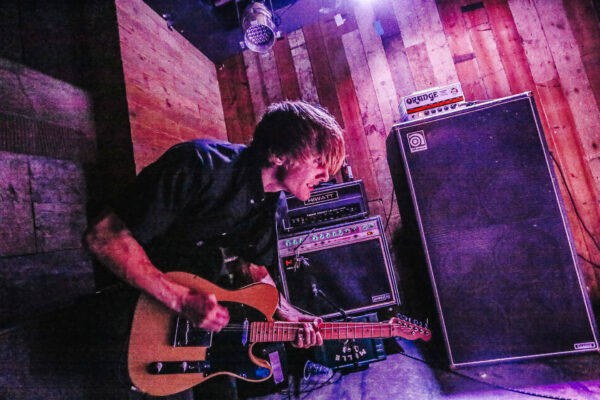 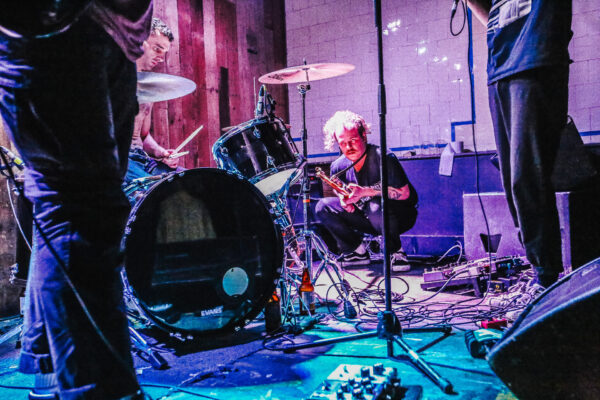 As the crowd merged with the band, merged with the exposed ringing in our everything and forming a drooling creature of the hardcore-underground, finally it felt like we could let loose- or at least, head bash a little.

DITZ have released new single ‘Total 90’ via Alcopop! Records. Check it out here.