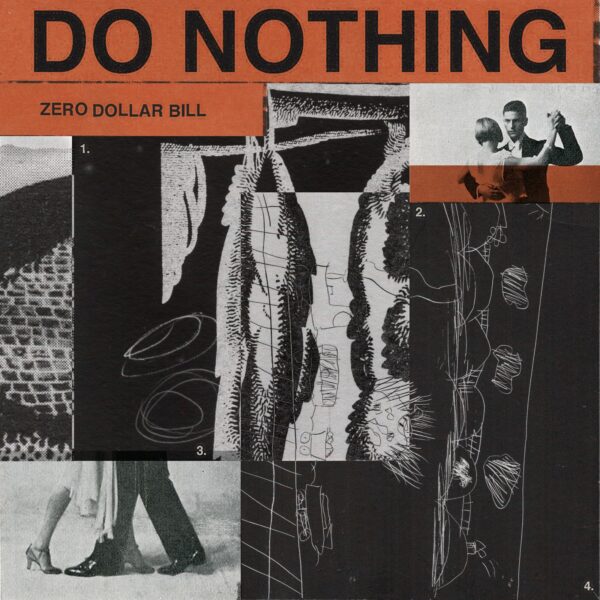 Nottingham’s Do Nothing are fast becoming the melodramatic masters of determined declaration. Heaving a blink-and-you’ll-miss-it approach to delivery, like the cracked corner of a tele-prompter screen 0purposefully left untouched so as to keep its user on their toes – its without question the obsessively impenetrable lyricism of Chris Bailey who, like someone trying to pour their thoughts out in the high-flying seconds of a pre-sneeze blowout, never dishes all in one sitting.

Opening crank-er Comedy Gold is a fully characterised affair. A satisfied introduction from a band whose inspiration filters everywhere between speaking in tongues to The Simpsons, the well-slicked barnett on the forehead of an eighties new-waver still wouldn’t compare to this fresh cut, and if this is where sensibilities are heading, then New Life follows suit timely. “Say something goddammit” because god knows what’s coming next.

Proving you can be wistful whilst still maintaining your un-pinned edge, Contraband lurches like a contagious helter-skelter, as if the perkier younger sibling of Girl Band was left to their own atonal devices. With one eye on the door and all minds on the many ways sprechgesang can leave a person feeling travel sick without once stepping outside of said frame, if you didn’t think six-strings and one dude could screech with such controlled ascent… you’re in for a real eye-opener here.

Chances are if you’re at all in the know you’ll already have the words to LeBron James memorised, so it’s with satisfaction to note that it has indeed made it onto this collection. It’s swaggering uptown chug-funk, with the same wit-filled energy as 2014 era Mark Ronson – as if he’s strolling into his local Clarks, purchasing the latest, post-punk-polished Chelsea boots and then proceeding to parade down the sprawled catwalk with Roxy-influenced showmanship – head held high and bouncing to an elated groove.

Fits is possibly as close to a stripped-back anthem as Do Nothing can get without things losing their vented topcoat. Exploring “that sad little feeling of drifting away from things that meant a lot to you when you were younger”, it’s surely an unhinged ending to an already capricious debut.

The EP has all the potential to sway the masses in its wake so get dressed up, do yourself a favour and wake up because this is not a walk in the park mate, this is a call-out to scammers and McFarland morons- you wanted a hit and here you have one.