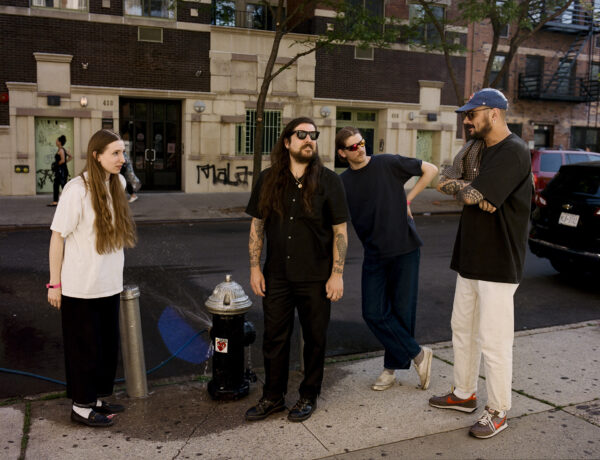 Dry Cleaning have returned with their latest single, ‘Anna Calls From The Arctic’. This marks the second release from their upcoming album, ‘Stumpwork’, which is due for release on 21.10.22.

Before their debut album was even released, Dry Cleaning had sworn to producer John Parish that they would spend “twice as much time on [its] follow-up”; the intricacies of this single suggest they did just that. ‘Anna Calls From The Arctic’ conforms to Dry Cleaning’s typical sound yet also veers away from the expected. As a downshift in energy, it is a warm and welcome direction.

The familiar, ever-present riff ties this single to our existing notion of Dry Cleaning, however, in its company are rounded synths and popped drum beats that take this track into a more jazzy realm. Their distinguishable and unsettling wonk sits amongst the band’s ethereal instrumentation, starring enticing clarinet calls that slot between the track’s soft layers.

Florence Shaw’s lyricism takes you by the hand and leads you into her world of absurdism, moulding the unfamiliar into the familiar in an illusion of relatability. Shaw peppers harsh realism and social commentary amongst nonsensical anecdotes of life in The Arctic, notably: “Nothing works, everything’s opaque, expensive and privatised”. Her signature bouncing vocal is platformed, however, at times drifts away from the usual deadpan delivery and moves with and within the melody. The track’s visualiser sees the band’s drummer Nick Buxton, skating backwards on an ice rink in an endless loop, which strangely encapsulates the obscure and floating feeling of ‘Anna Calls From The Arctic’.