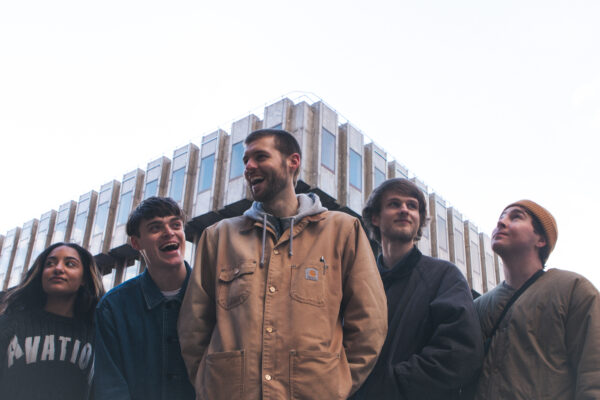 If you haven’t spent a lifetime surrendering to the irresistibly monotonous rhythm of not staying on top of things, whilst doing everything in your power to consistently re-develop, then your time’s been a construct misspent.

To be young and not have a clue where to jump on the magic roundabout of having your shit together, is frankly a ride that’ll seek to upheave from within and a chaos well exemplified, in Eades’ ‘Former Warnings Cluster’.

A nifty little routine about “getting into good habits and then ruining them” may not amass to be the motivation a Brit-Pop-hero requires but when frustration gets paired with enthusiastic burgeoning, you’ll come to realise that Gaz Coombes simply walked-the-walk and that was a job well-done, so there’s certainly no stopping Eades from coming forward and instigating the swaggered shakeup we all need.

Convulsive, straightforward, and crammed full of hooked cynicism in all iterations of habitual feel-good, Eades project about as much deliciously addictive joy as The Laughing Cow. Characteristically ornamented as though they’re wearing earrings of themselves, that are earrings of themselves, it’s in the broader familiarities of archetypal self-awareness that Eades progressively shine through and there’s very little else an existentialist could ever ask for.

Take it easy but not too, easy. Break the chain of custom when you can and remember that you’re only ever as good, as your last intent.  ‘Former Warnings Cluster’ is an alternative living idea to whatever one you had before, and certainly a fixation to keep track of.