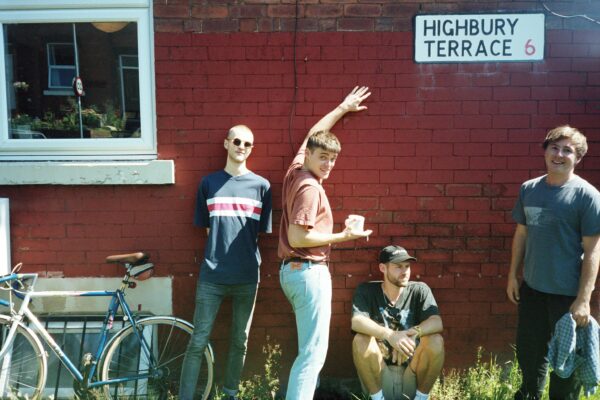 Dropping just two months after the release of the band’s debut EP ‘Microcosmic Things’, ‘I Want More’ is as urgent as its lyrics suggest. A slow burner bursting into an impetuous chorus, the song, as explained by front man Harry Jordan, describes the condition of: “working a real dead-end job just doing what I could to stay in Leeds and make music.”

If there’s one thing Eades excel in is the savvy use of guitars and their poignant riffs. The instrumental intro, hanging between jingle-jangling dream pop and caustic proto-punk, succeeds in capturing and interpreting the feeling of post-graduation existential anxieties society pushes their sons into.

“I guess it reflects pretty well about how we all felt as musicians – finishing uni, feeling a bit lost and wanting more from life than the rat race our friends around us were joining,” says Jordan.

Shoved into a soulless and merciless routine resembling that of Trainspotting’s intro (or, to quote a more recent example, the Dettol Transport for London campaign) young creatives find themselves in the atrocious condition of accepting low-rewarding jobs to support their artistic ambitions. It’s only rock ‘n roll, but Eades tackle one of the most pressuring issues the music industry should be encouraged to overtly face.

If it still was 2009 and Sundance Film Festival was still a much-awaited hip gathering, ‘I Want More’ would be the perfect soundtrack to that scene of those two sociopathic kids with puffy bowl cuts and straight bangs silently sitting on Margate beach in winter time – that sort of vision à-la Submarine that crafted the imagery of a generation of indie kids.

Despite the ecstatic and raucous chorus drawing parallels with both retro and contemporary garage and proto-punk in the style of Parquet Courts and Iggy Pop, it is the melancholic sensibility of slow-paced Eades – their fuzzy Live at Max’s Kansas City Velvet Underground side – the single’s true perk.