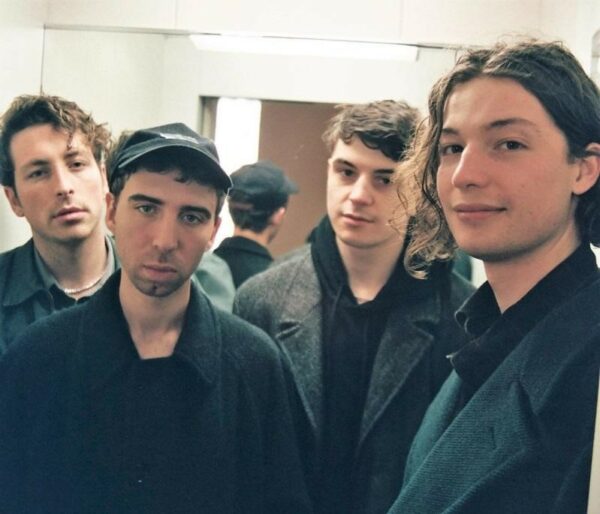 What do you get when you cross riot-riffed enchantment with a highly desirable power-family of noise? An Egyptian Blue and YALA! Records live session that’s what (duh) and praise be the groovers- this might well become a firm favourite.

Co-founded by Felix White from The Maccabees, YALA! Records put together super sound video recordings of curated artist sessions in which, Brighton’s mind absorbing post-punkers Egyptian Blue are but the latest in a long line of visual delight (If you haven’t already seen the Talk Show or Mellah editions then add them to your queue please and thank you).

Recorded at Brighton Electric- a room filled with pretty aesthetic lampshades and now some additional well shirted and energised men, things start to get turbulent as the four-piece churn out ‘Adderall’ – the closing track off their debut EP released in June of this year (Collateral Damage, via Yala! Records). Without giving it all away you’ve got 4 minutes and 39 seconds of blink-and-you’ll-miss-it spun angles, unadulterated rhythmic smashing and the dreamiest of jittered instrumental fade-outs in a long while.

Talking about the session, the band expand on why the studio was the right place for it “Brighton Electric Studios has very much become a home from home for us, with many a late night rehearsal, writing, and recording session having taken place there. The visit from our friends at Yala! Records will hopefully give everyone an insight into this creative space”.

The best part? When three of the bands members individually pop up onto our screens like focused jack in the boxes on a mission to entertain rouse.