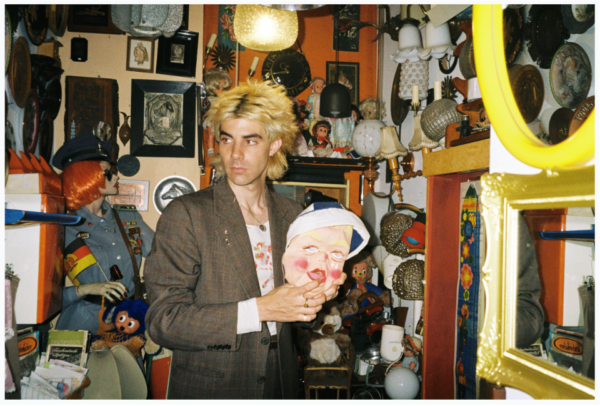 There’s no will without way, and there’s no progression unless you’re prepared to dismember your ego and start over again.

Ezra Furman sought to delve ‘Inside The Human Body’ whilst Sufjan Stevens taught us to say ‘Goodbye To All That’. As two great minds become one sense of tangible anarchy, we’re invited to question what the meaning of all this questioning really is; and few do such justice, as Emerson Snowe and his ‘Frankenstein’- the first single taken off Snowe’s forthcoming EP, via Liberation Records.

Prometheus was only as alienated as his creator in Snowe’s terms, ‘Frankenstein’ is a pertinently contemporary reminder that to be the best interpretation of yourself, one must first trawl through several spiritually bound editions of light-hearted, repeatedly dramatic and at times fantastical, real-life entertainment.

In just under three minutes, ‘Frankenstein’ soundtracks incessant self-awareness like a semi-disassociated anthem for the kids sat in any row of the great old bus of life. Whilst there’s nothing ground-breaking about personal renewal, Emerson Snowe, for unconventional or conceptual pluck, is rapidly becoming the alt-pop purveyor of our Hannah Höch desires. A calling that comes from being so intrinsically himself, that the very self-he’s underlying is an embodiment built less on aesthetic and core strength in general, but rather divine-determination as a whole.