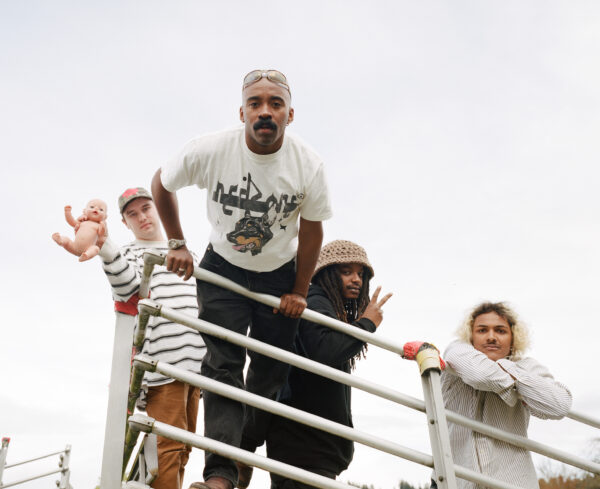 Following up on their critically acclaimed single ‘2002’, released earlier this year, the brilliance of Enumclaw once again crosses the pond and arrives assertively on London’s doorstep.

This new single, ‘Jimmy Neutron’, is about being totally transfixed and subjugated by the intense experience of love. Frontman and songwriter, Aramis Johnson says that “this song is about getting so close to love that you can almost taste it.” For a song about the anxieties of being completely out of control of your own rationality, the driving force and strong rhythm within the track allows us to feel that jurisdiction once again. 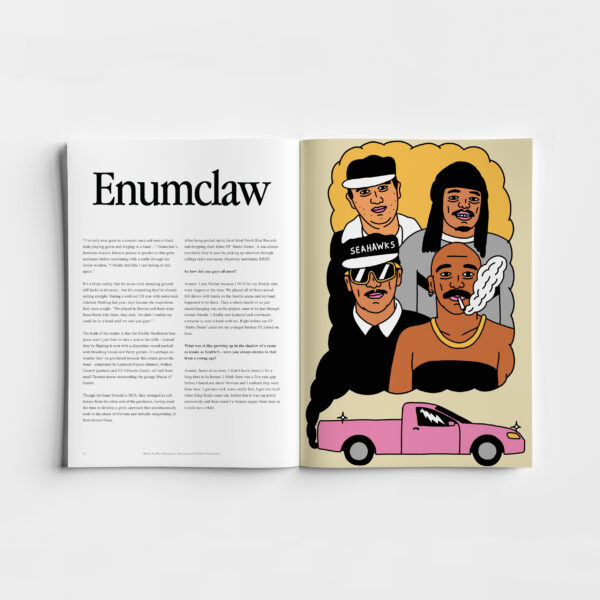 Enumclaw in Issue Thirty-Six of So Young.

Accompanied by a visually striking video, directed by John C. Peterson, one cannot avoid the impression that the relationship which we hear about in ‘Jimmy Neutron’ is not dissimilar to the romance between Laura Palmer and James Hurley in Twin Peaks. The video begins with a couple riding a motorbike through a thick forest and ends with the same shot only the girl is missing. Hopefully she hasn’t succumbed to the same fate as Laura…

Enumclaw embody all the interesting and exciting expectations one has of a North American guitar driven group but leave behind outdated associations of a rock group as being unconditionally strong and powerful. Rather, Enumclaw’s affirmation of a vulnerability that we all share is far more powerful and individually binding. This is a very exciting band, and a highly anticipated debut album – If its anything like ‘Jimmy Neutron’, I’m in.