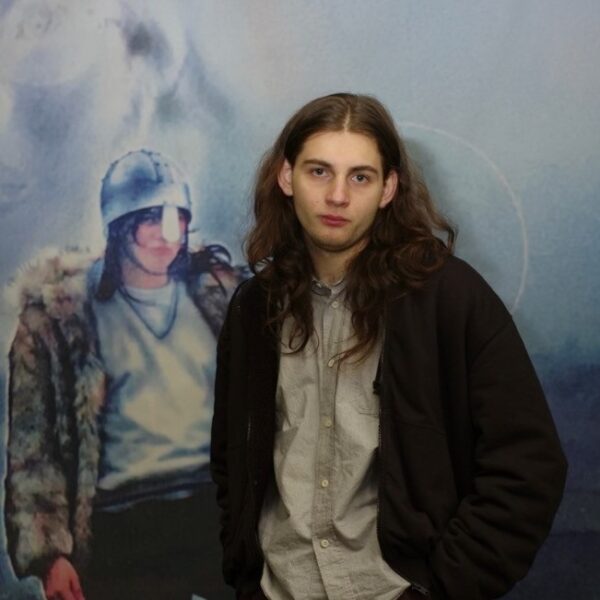 ‘Everybody’s Dying To Meet You’, Ethan P. Flynn’s first single for Young Turks, is like the musical equivalent of a postcard.

Arriving even after you’ve returned home, it conjures an eerie sense of displacement and a moment-capturing meeting between your past and present self – the past sharing inner feelings with the present, telling you what you already know, yet somehow still making those notions feel even more definitive.

An artist that seemingly prefers to never sit in one place musically for too long – ‘Everybody’s Dying To Meet You’ dips and dives – sometimes incomprehensibly – pleasingly averting the need to settle totally into one space and instead creating something concrete in its diversity. As it cascades between fragmented, ghostly discordance and colourful, conscience-expanding clarity, you can never quite put your finger on what it is you’ve just heard exactly – but it sounds undeniably charming nevertheless.

Yet Flynn’s aloofness doesn’t lack connection in anyway – he flutters across the track with a raw, wistful temperament, veering from abstract cut and paste conversations to sudden jolts of self-realisation. Whether attempting to combat his own feelings, or attempting to get through to someone close – Flynn cuts through with a weary decisiveness, as if already at peace with the permanence that fills the space as soon as it’s voiced.

It’s an enigmatic introduction from this intriguing artist.

Ethan P. Flynn’s ‘Everybody’s Dying To Meet You’ is out now via Young Turks.