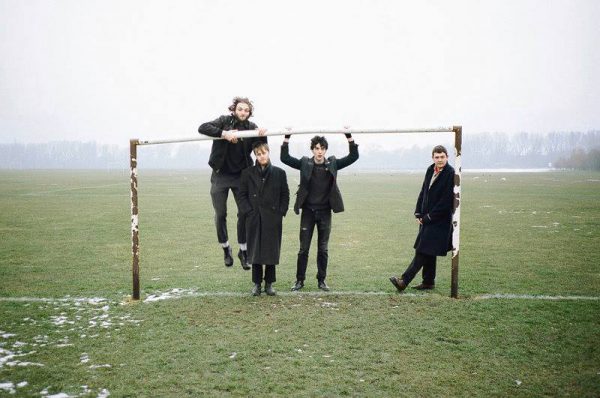 From the ashes of the sorely missed Whistlejacket and Puffer – former signees to The Horrors’ own Raft Records – comes the zombified phoenix that is Sleep Eaters, accompanied by their debut single ‘Ghost On Fire’, slated for a June 26th release via Strong Island Recordings. Exhibiting a braggadocio swagger that exists only in the mind of its drunken perpetrator, ‘Ghost On Fire’ is psychobilly at its most brazen and violent. Each cymbal crash is a bottle smashed about the head of a frontman whose drawl owes as much to Lux Interior as it does to the cries of bettered opponents down the local dive.

Sleep Easters will be celebrating the release of their debut single at Sleep Eaters’ HQ in Hackney Wick, London for Bad Vibrations July 7th with support from The Rebel (Ben Wallers of Country Teasers) as well as Honkies.