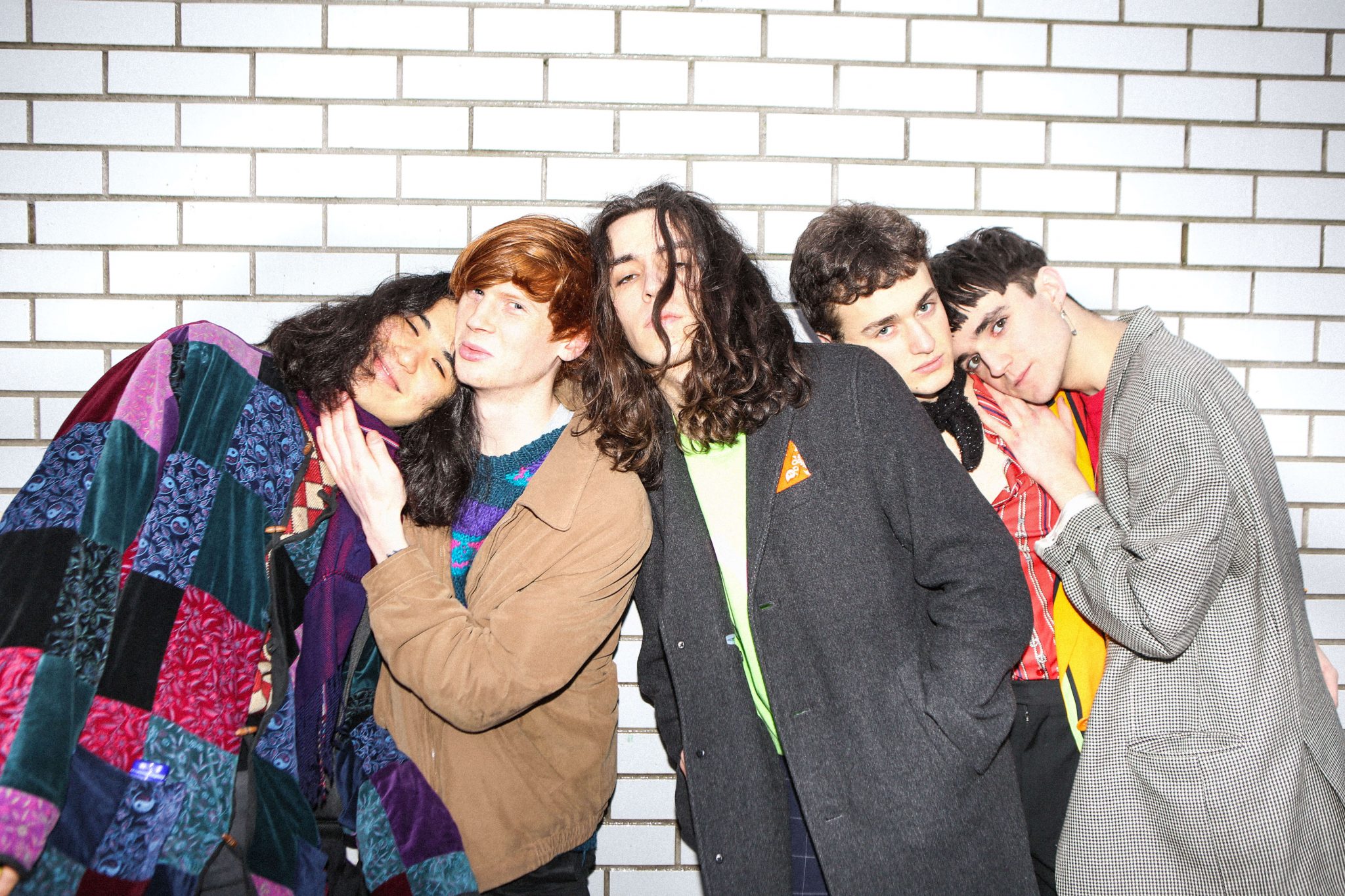 Sometimes all it takes in life is that one chance encounter with someone and it all falls into place; well in this case make it 5. Five piece, Walt Disco formed having met on their very first night of living in Glasgow and the end product is an indie pop 80’s mix thats satisfies the ear drums.

The bands new single, ‘Dream Girl #2’ is a playful guitar riff that plays along with the bass as if an 80’s pop song, while the crooning vocals of frontman James Potter captivate. ‘Dream Girl #2’ forms an insight into the delicate world of Walt Disco with heartfelt lyrics and raw vocals a key component of the bands chemistry along with the throwback guitar and bass combination.

Talking about the track, frontman James notes “Dream Girl #2 is the first song that Mashu and I wrote together, and it’s a pop-ballad about love, androgyny, and the feelings of confusion that come when the two meet. It’s always fun to hand the bass to Mashu and fully embrace the crowd at shows when we play it live”

The Scottish music scene is thriving at the moment and Walt Disco are another example of the talent that lies north of the border. Listen to ‘Dream Girl #2’ below.

Walt Disco will release an EP later this year via Public Records.