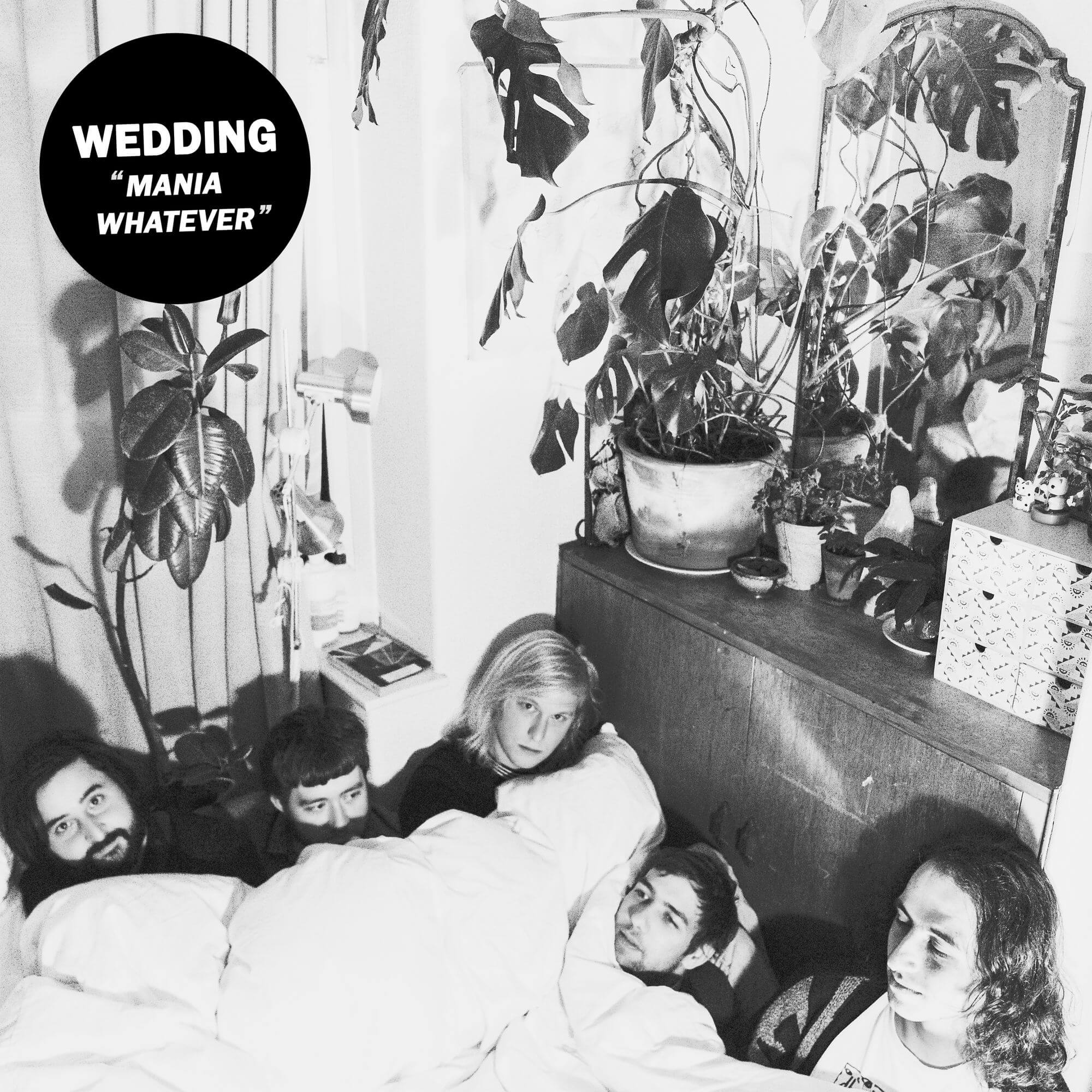 Easing into life in a soft wash of chorus, Wedding’s new one matches doe-eyed vocal lines with the sort of shimmering chord progressions normally associated with America’s west coast. Filleted from their debut LP, “Mania Whatever” (Maternal Voice, March 23rd), it’s a softly spoken statement of intent that brings to mind early Connan Mockasin, or Mild High Club at their acid-washed best. In short, it’s a great track – and if you’re into soft-focussed pastoral pop – you’re going to be all over this one.

Leaving road-ready rock ‘n’ roll in the dust; this is the sound of going nowhere in style, and with the first signs of summer in the sky, it could hardly have come at a better time.

We had a chat with Thomas of the band to talk about the track and the pressure of opinions.

Can you talk to us about the early stages of Wedding? What triggered your sound and how have things changed since then?

The early part of Wedding of becoming a thing was chill. Me and Zachary really gelled writing songs together, I’m awkward and British while Zachary wears his heart on his sleeve and I think that shows on that EP. With this album things have become more refined and we’ve had more time to work whereas that EP was a very short snapshot in time and not meticulous. Rory Cook joining the band here in Manchester was probably the next turn in the sound of Wedding. I’ve never been that confident in writing alone, so the changes in our sound are defined by my writing partners.

Was a full band set up always the intention? Is Manchester an inspirational place to be musically right now?

Yeah, its always been about being a band, even though we’re now on our 7th member haha.. People come and go, music’s hard to commit to. I’m not sure if Manchester is ever the centre-piece of inspiration for me, like I don’t find myself wandering round in wonderment at the beauty like I had been in Berlin or London but its so facilitating for artists. There is lots of space and time and cheap places to record and rehearse. There are so many great bands operating here, people like Duds, Aldous RH, Irma Vep, Luxury Death.

“I feel like our band is really uncool, people seem to be making punkier stuff and with a really strong image”

You’ve tasted moderate success so far with kind words from many good places, what do you perceive as success?

Success for me would just to be able to tour and continue making records and having them received by an audience that is getting bigger not smaller. We’ve been beaten down so many times this year by outside forces that its just bound us together.

Talk to us about ‘Baby Soul Satellite’…what’s it about and were there any particular times or places that inspired it?

We wrote this song by accident in our little basement dungeon in Withington, it was another I half wrote when I was living in New Cross with Charles Howl but An-Tim (Nguyen) started playing that guitar line during a stressy practice where everything was going wrong. We sat in the garden smoking then came back and this all just came out in one go.

You’re soon to celebrate an album too, what’s your fave track from the record?

It’s v hard to pick but I think ‘Rocket Ship’ is our most considered work, even if my recording of it is kinda whack.

Do you get nervous of others perception? What can look forward to from you this year?

I get a little nervous in that I feel like our band is really uncool, people seem to be making punkier stuff and with a really strong image. But I guess you just gotta be yourself even if you seem a bit goofy or wet. I’m going back to Berlin this summer with a few of the guys.. we’re gonna do a record and pick up some tours. I really really wanna be on the road and get Wedding weird all over.