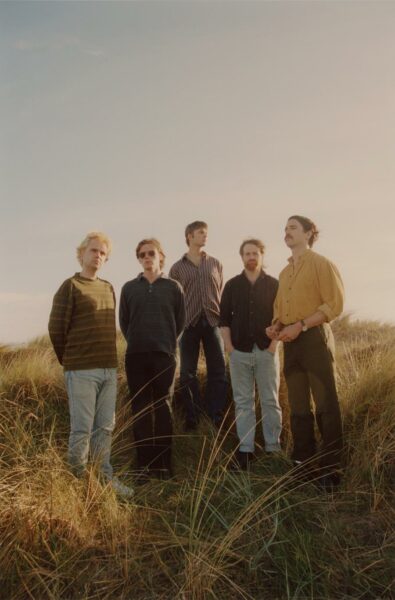 A deep, searing urge seeks to flee from within the cracked indentations of permanence. A burning inclination not for acceptance, but for learning –  to at least be questioned for your perception and your desires, rather than having your sense of self simply boosted by constant agreement . It rings deafeningly from within the very temperament of ‘Televised Mind’, the new single from Fontaines DC.

Rather than consciously lingering within its aching repetitiveness, it harnesses it – welding its jarring reiteration into a whirring, industrial bite that yearns to be canvassed rather than simply be praised. Whether focusing more broadly on a universal state or more intensely on their own relationship with acclaim and reverence, Grian Chatten mauls over his squalling conscience, attempting to reason with what people assume of them while pleading for a refreshing take – “16 bars for the televised mind, Dublin line for the televised mind, We’re all televised minds”. He’s witty in his dry antagonism, yet in turn is anxious about the staleness of expectation that stems from increased exposure.

The way in which Fontaines outline the ominousness – not only through the gruff turns of phrase that pierce the thick air with insolence but in the darker, more subtle approach to their overall sound that has revealed itself in their recent work – it once again shows a more considered, resonating maturity.