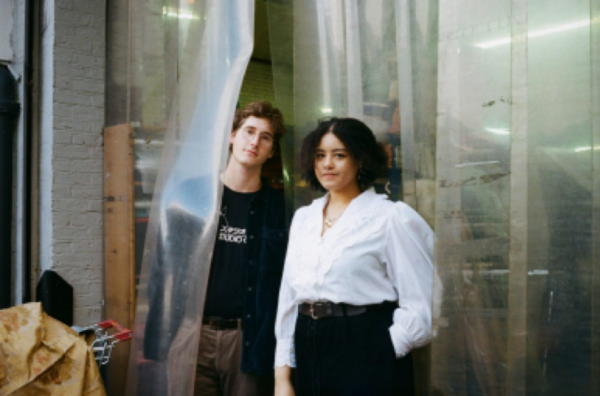 Fräulein have set their 2022 into motion via their newest single, ‘Drag Behind’; a track that has been in circulation at their live shows for years. The two-piece are regularly hailed for their nostalgic sound and ‘Drag Behind’, arrives under the same veil of reminiscent-alternative-rock, that acts as a promising addition, to their already exciting discography.

‘Drag Behind’ was the first song Fräulein uploaded to the internet and after years of live shows and avid rehearsals—or what the band’s drummer, Karsten, calls being “baptised in fire”—it has finally emerged in its optimum form. ‘Drag Behind’ swings around a central guitar riff that builds into distortion with every chorus. With powerful vocal delivery and an entrancing drum groove, this track is three-minutes of non-stop energy. Sonically, ‘Drag Behind’ sounds full in a way that defies the expected boundaries of a two-piece band, which is a quality that is welcomed with open arms.

Dealing with what the band’s vocalist, Joni Samuels, calls “constant comparisons”, ‘Drag Behind’ comments on the stunting of progression in the face of insecurity. The tone of Joni’s delivery is akin to frustration and disenchantment as she sings, “I’m not care-free and elastic like you. I sit here tight as a rubber band, I do”. The track’s confessional nature comes across in its lyricism and is also translated through its musicality, resulting in an enticing relatability.