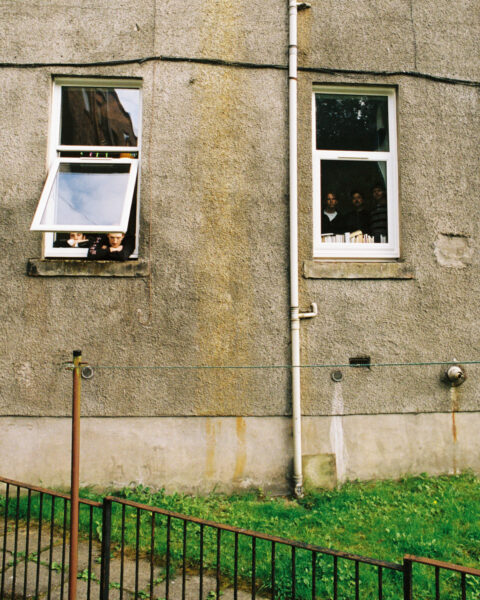 Usually when I hear a song for the first time there is one obvious reference which I can lean on to provide the reader with some kind of relatable analogy. This really simplifies the writing process; having a single dialect between a new piece of music and something that has come before it (usually something which sounds similar or draws on a correlating theme). This article has been atypically difficult to write. Not because I think the track is totally unique (I don’t think music ever is or can be), but because there are so many different and seemingly non-conducive allusions which come from this one powerful debut.

Humour hail from Glasgow, where they formed during the pandemic. Interestingly, and part of what might explain this diversity in content, the lyrics, written by vocalist Andreas Christodoulidis, existed before the band. What I find attractive about this particular process of writing is the resulting contrast between the subjective lyricism of one person compared with the musical style produced by all five members of the band. The lyrics feel very Tolstoy-esque, giving us an impression of a decadent but oppressive historical era. Hunger, death, and Cossacks are themes presented through a vivacious post-rock style. Imagery is vital for Humour, who say that ‘yeah, mud!’ is trying to paint a picture; not a picture which necessarily has anything profound to say, but rather a way in which the band want to stimulate the listeners creative imaginary. A refreshing band ethos amongst a plethora of (sometimes) pretentious political music. This track comes from a place of neutrality.

Having said that, Andreas’ distorted vocals feel very confrontational; sung through what sounds like a megaphone – an effect achieved through tight, punchy production. Annunciation is clearly important to Humour, reminiscent of James Chance’s vocal style, and of a Squid/Andrew Savage amalgamation. Humour are the sorcerers who have conjured a melting-pot so diverse and with so many different elements within; I am only too excited to see which ingredients they throw in next.