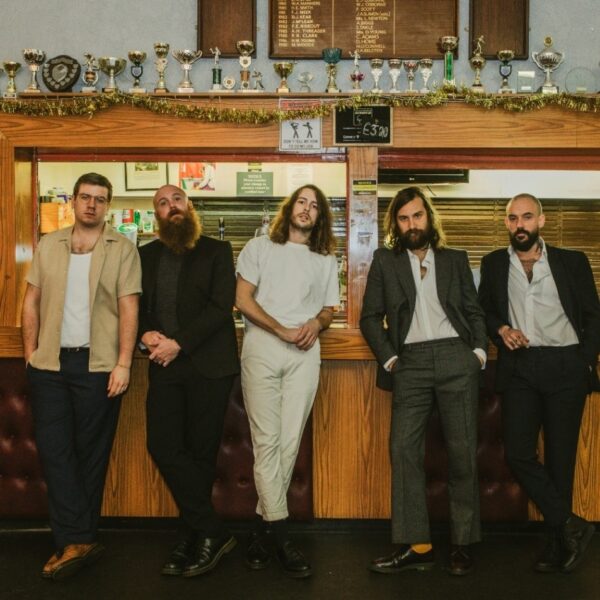 Being from a rural village in Devon, you get used to the small-town mentality of it all – the local news’ biggest story of the year is covering the flower show and yearly fete, or, if we’re going to really get intense about it – perhaps Darren, 54, has called up Radio Devon – absolutely incensed by the council’s decision to still not fill the infamous pot hole that has become a law unto itself. It all sounds pretty undemanding and representative of lackadaisical British living doesn’t it?

I’m sorry to tell you that it’s a breeding ground for the latter day gammon’s retirement retreat. The local pub down the road from my parent’s house has genuinely got the George’s Cross – hand painted across the side of their wall like a fucking billboard – next to their recently refurbished decking where they might as well have erected statues of Tim Martin and the president of the church commission, idols to the money grabbing curtain twitching racists that walk proudly on god’s own land. The kids, each a part of a product line towards benefits, roam the streets – awaiting the day they can really start to live life and go to the local Greene King with their meathead builder of an older brother and step dad who fills the Devon Live comments boards while ripping off just as backwards pensioners with extortionate localised DIY quotes. This is Britain, and much like Torquay, its fucking desolate.

Idles have never been ones to shy away from their provincial roots, our shared diatribes towards ‘Exeter’ being personified into one big local brawl, the primal frustration in boredom leading inbreds into fighting each other, effectively smacking their own heads into the wall to literally feel something. Yet with ‘Model Village’, the latest single to be taken from forthcoming third album ‘Ultra Mono’ – they insist that the small town mentality is actually a misleading concept – backwards ingrates live everywhere, and regardless of where they live its no excuse for the vileness they secrete.

Perhaps the most insistent and bouncy cut to be taken from the album yet, ‘Model Village’ strips itself back into something more sharp and primal – the band’s desire to incorporate hip-hop level production sharpness elicits a more pop-orientated immediacy, but with much more of a polished sheen that it can’t be denied does spread the message with more venom. Bowen and Kiernan’s guitars interlock like an angular buzzsaw, laced under one of Talbot’s cheekier moments – yet the phlegm of sardonicism is just waiting to hit you.

Talbot ensures you realise that location is coloured and typified by the people that live within it. In pockets of cities, the aforementioned examples of small town characters fill the back streets and residential areas of the place you couldn’t wait to move to when you were stuck in the provincial hell hole. It’s a cycle of generational digression – the gammons move from the city to the country and still feed their children with the same toxic bile that they then keep. “Model low crime rate in the village Model race model hate model village It feels like the village is self-pillaged Still someone making a killing”.

So if you’re stuck in a rural town, pleading for the day when you are gifted liberating independence from your backwards school mates, local PCSOs and the overpriced ket you desperately need on a Saturday night – just remember, there’s no real escape from the true vileness that feeds it.

Idles teamed up with Michel Gondry and his brother Olivier via WeTransfer/WePresent to create the animated video for ‘Model Village’. Check out the story behind the making of it here.