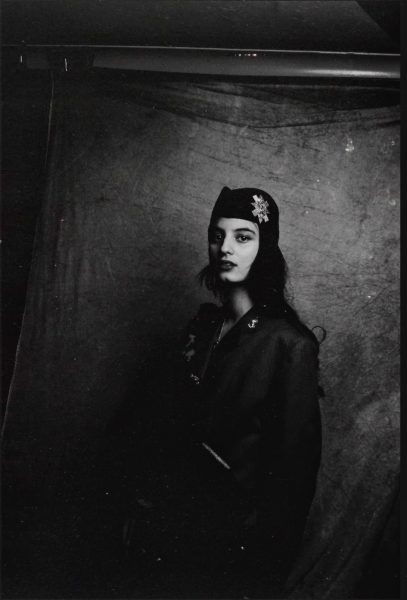 Toiling through the mud and the rain a-screaming and a-sequencing, London hot-tips, Heartworms, wage an all-out electro-rock siege on latest statement, ‘Retributions Of An Awful Life’. The release accompanies the announcement of a debut EP ‘A Comforting Notion’ out on March 24th via Speedy Wunderground.

Like Brando at the end of On The Waterfront, braving his wounds to meet his oppressors, Heartworms’ music ripples and growls with that same handsome and blockbusting defiance. Taking the epic gloom of Interpol, say,  and jolting it with a fair few vicious voltage shocks, the music squelches and writhes as it burns. Just feel its metals and robotics pulsate and soften into elite lifeblood specimens. Just feel it,  all the way through its 90 second intro – the march up the hill to storm the palisade – through the music’s heights and falls, through Jojo Orme’s sinister, engrossing vocal.

With the single’s grisly music video, Heartworms have the visuals to match this sonic intensity. Inspired by Orme’s passion for military history – she volunteers at The Royal Air Force Museum in Hendon – the band kit themselves out in military garb and get grimy in some sodden field.  Even when their fingertips start to creak from the cold,  when their feet grow numb from grey and malignant damp, Heartworms will still be up for the fight: “I didn’t want to go for a fancy video with pretty dancers or lovely wallpaper plastered with an airbrush filter – I wanted to imbibe a new pain…”

Heartworms have announced their debut EP. ‘A Comforting Notion’ will be released on 24.03.23 via Speedy Wundergorund. Pre order the vinyl here.