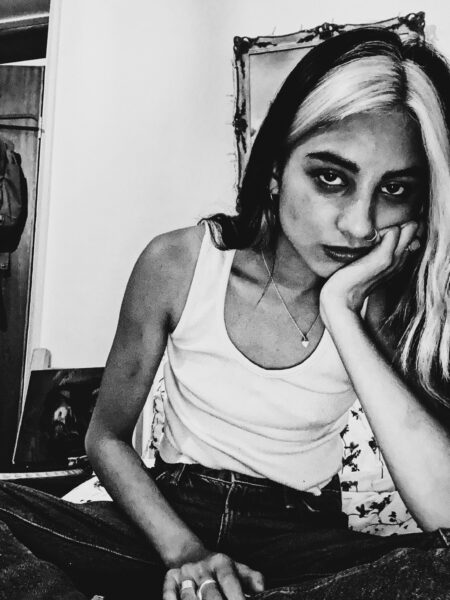 Lose yourself in the magical realism of London’s Heartworms as they release their debut single ‘What Can I Do’ via Permanent Creeps Records.

Eschewing the ordinary with acerbically-diffused tales of fragrant potency and with a Savage Gary partnership already within their clutch, ‘What Can I Do’ is a bleeding heart, staining the alabaster of dystopian allure with gruesomely phantasmagoric normality.

Like a portrait of a lady in Alessandro Michele regalia, ethereally conjuring up perceptions of indulgently divine painted-macabre, this is trinketed seduction and the act of collecting precious perplexity. Synths snarling with pearly-white charm before strung and locked tightly onto the wrist of the beholder. It’s as instrumentally enticing as the temptation of jewelled adornment itself.

Re-born out of the industrial spook of contemporary ‘post-punk’, ‘What Can I Do’ is a pricked finger on the spinning wheel of the avant-garde; proving that Heartworms, draped in the haunt-haute couture of ‘The Vampires Wife’ are a finely-threaded marvel of atmospheric obsidian and rudimental-reverb.

Heartworms · What Can I Do