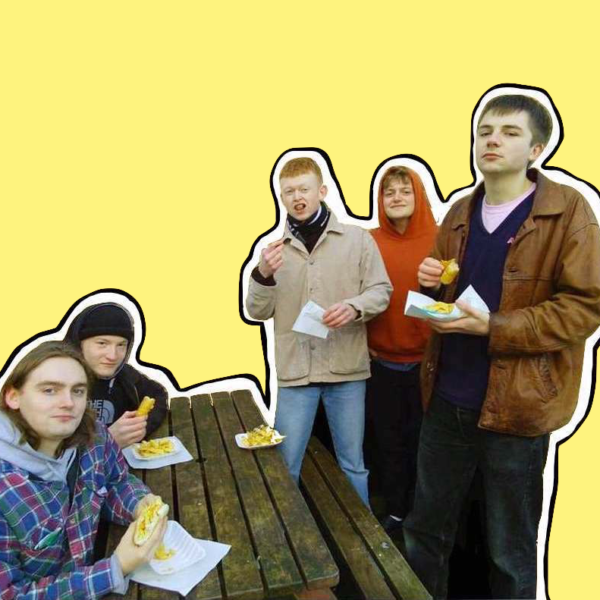 Since refocusing from being historical subverters into closer to home social commentators – Home Counties have refined their wonky pop into something surreal and notorious, yet vitally present.

A clunky and tottering little chonker of a track, ‘Dad Bod’ cements this more assured and prescient approach for the group – a jabbing nuisance that belies its own intelligent bite for a more immediate sense of silliness.

Will Harrison’s gyrating yearn may embody the sense of inconsequence that they place themselves within to “lighten the mood” so to speak – yet his non-taciturn way with a word possesses all the venomous sardonicism needed to clear the smoke and mirrors from the facade of the righteous “libertarian” that he churns off about.

‘Dad Bod’ hones in on the modern day metropolitan professional – propped up in his Stratford pad, gulping the instant gratification of his Instagram-tailored apartment as he enjoys a sip of his finest Columbian brew. Yet irked by protests never representing him and his ideals, he’s enraged – bathing in his own fucking virtue. It’s a succinct condemnation, balancing their humorous lackadaisical approach with quippy yet substantially stark pertinence.