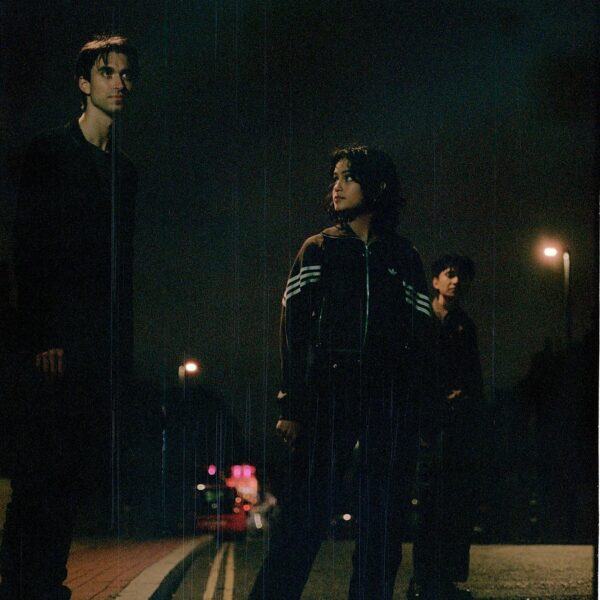 Believe it or not, ’Honeyglaze’ by Honeyglaze is not a sweet perfume you’d find for sale on Ridley Road Market but rather, the London trio’s debut album; to be released 29th April via Speedy Wunderground, alongside their latest offering ‘Shadows’.

As is so often the case with Honeyglaze, the beauty of ‘Shadows’ is it’s perceptiveness; a song about not having curtains, but also a song about the darker parts of the outside world keeping you up at night.

The peculiar swagger of the new single matches it’s subject of restlessness, as drummer Yuri Shibuichi unboxes and reseals the groove, flipping between rides and hi-hats respectfully. A short and meandering synth solo breaks the track up well, whether it’s beamed from the depths of Carey’s modular studio, or the bands beloved Korg Minilogue we’ll never know.

Wherever you’re based, the benevolent face of Honeyglaze has smiled upon us once again. ‘Shadows’ shows us a light which is increasingly hard to come by this time of year; focalised through a lucidity only achievable from unwanted consciousness. With a song just as good as waking up to actual sunlight for once, I can’t wait to see what ‘Honeyglaze’ by Honeyglaze smells, I mean, sounds like.