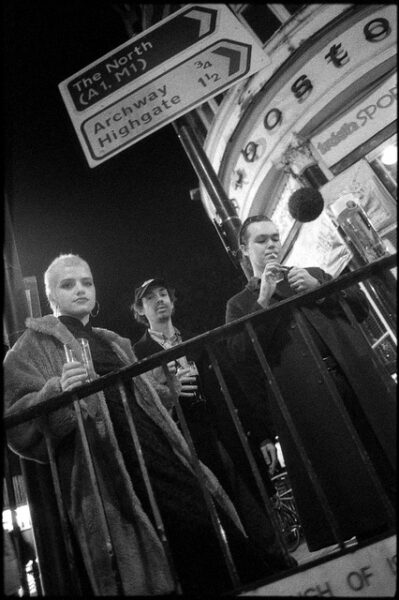 As we truly enter 2019, Honkies have become something of an institution. They are the failsafe jewel in South London’s precarious crown. They are a conversation filler for regulars supping pints in the Five Bells and a collective favourite of any band that has emerged out of The Windmill and beyond in the past few years. This very publication affectionately called them ‘reprobates’ in the past. Their weapon of choice is ramshackle country and last week, they released a much-anticipated debut EP, that serves to favour all of the above.

‘Hold Your Horses/It’s All Kicking Off For Honkies Vol.1’ (cracking title, by the way), released via Permanent Creeps, has been a long-time coming. It follows last year’s single, ‘Kicking & Screaming’ and straddles six tracks that clobber along at breakneck speed, peppered by the odd squelch of synth and a honky-tonk squall. The opening line to Gentrify Me –  ‘I’ve got a complicated relationship with my GP / she wouldn’t prescribe me all the things that I need’ – shows a band indebted to the thralls of social satire. Despite their impulsive nature, Honkies are tight. They manage to somehow stay in between the lines, never scribbling over too much, in which they can use their stance as a perfect platform to pervert.

Listen to the entirety of the EP below:

Catch them on the following  dates:

Header Photo by Through The Eyes Of Ruby